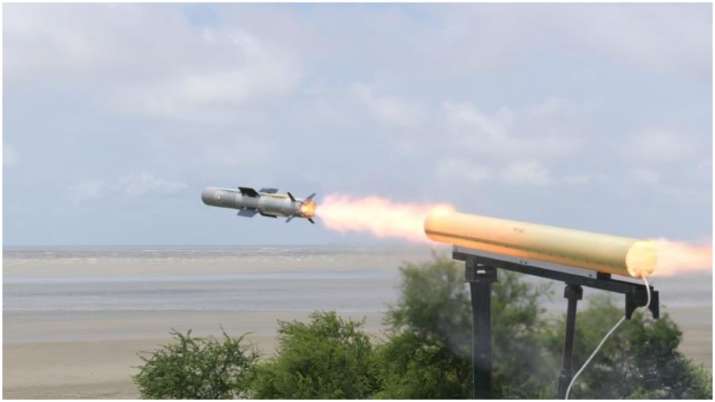 Bhubaneswar: The Indian armed forces have successfully test fired two rounds of the helicopter-launched Nag missile (HeliNa), renamed as Dhruvastra, from a defence base off Odisha coast.

Developed by Defence Research and Development Organisation (DRDO), the anti-tank guided missile was flight-tested from a static launcher at Integrated Test Range (ITR) in Balasore under simulated conditions on July 15 and 16, according to an India TV report.

The missile system has all-weather day and night capability and can target battle tanks with conventional armour as well as explosive reactive armour. It can engage targets both in direct hit mode as well as top attack mode.

The missile has a maximum range capability of 7 km in Lock On Before Launch (LOBL) mode. Eight missiles can be attached to a helicopter with the help of 4 twin launchers.

Several trials of the third generation missile that operates on ‘fire and forget’ principle have been conducted from both the ITR and Pokhran firing ranges.

Two US Returnees Narrate Their Covideital Journey To Bhubaneswar