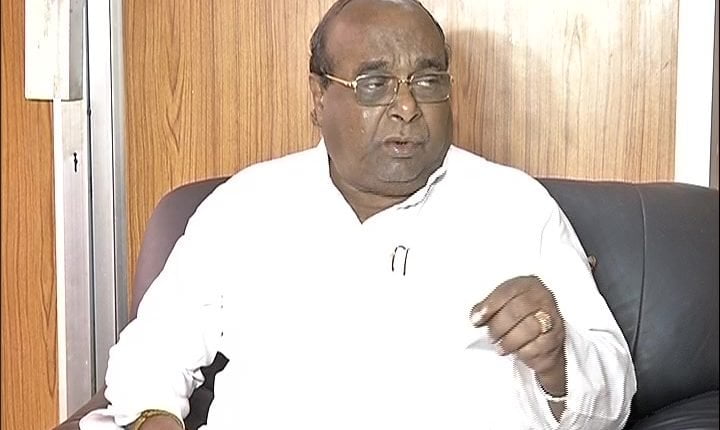 Bhubaneswar: Former BJD leader Damodar Rout on Wednesday said that any officer can handle the 5-T initiative of the Odisha government.

Asked if he will give credit to the 5-T secretary, V Karthikeyan Pandian, for successful implementation of the initiative, the vetran leader replied, “The fact is that the 5-T initiative is the key and who holds the responsibility is not a big deal.”

Referring to the arrest of the IAS officer and director, Horticulture, Bijay Ketan Upadhyay, on bribery charges, Rout said when he was the agriculture minister, he had alerted the government about rampant corruption in the Horticulture department. “But there was no action. Now, with the implementation of the 5-T and Mo Sarkar programme, action has been taken against the corrupt officials,” he added.

Surprisingly, the former minister wished long life and good health to Chief Minister Naveen Patnaik on the occasion of New Year. “I wish the Chief Minister to rule the state successfully for many more year years,” he added.

He also described the CM as a soft-spoken person who always maintains decency in his conversation.

Asked about his success and failure in politics, Rout said he had committed two big mistakes by joining the BJP and contesting the Assembly election last year.