Appetite For Safety: Who Wants To Eat Mask Parottas? 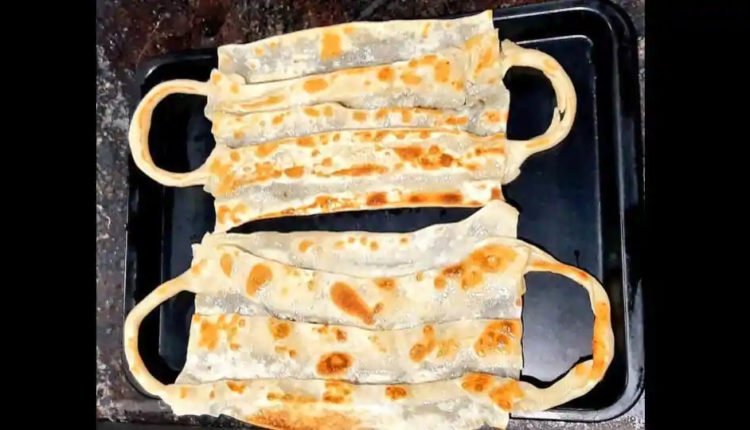 Madurai: By now, you must have seen all kinds of masks, from normal ones to designer ones, and are most probably already spoilt for choice.

These are masks that you have to wear. How about eating a mask?

A restaurant in Madurai is making ‘mask parottas’ in a bid to create awareness about the importance of wearing this safety gear, reported Hindustan Times (HT).

The brainchild of the owner of ‘Temple City’, a chain of restaurants in Madurai, Tamil Nadu, initially one set, that is two parottas with a little gravy, was sold for Rs 40 but such has been the demand that now it has been hiked to Rs 50 a set, HT reported.

“Besides spreading the message of safety and much-needed physical distance this helped us because earlier, many used to come to our joints without masks but now all come covered to buy mask parottas,” HT reported the owner K L Kumar as saying. He said the idea was first conceived by parotta master (a chef who specialises in making parottas) S Satish who tried it for two days to get the look and texture of the mask.

Pictures of the parotta mask are circulating on social media.

“Jokes apart. It’s innovative in spreading awareness. Salute the creativity,” says a Twitter user. “Never had this but yes I am happy this creates awareness for our campaign here, please wear #masks before you wanna eat this masked #Parrotta,” said another.