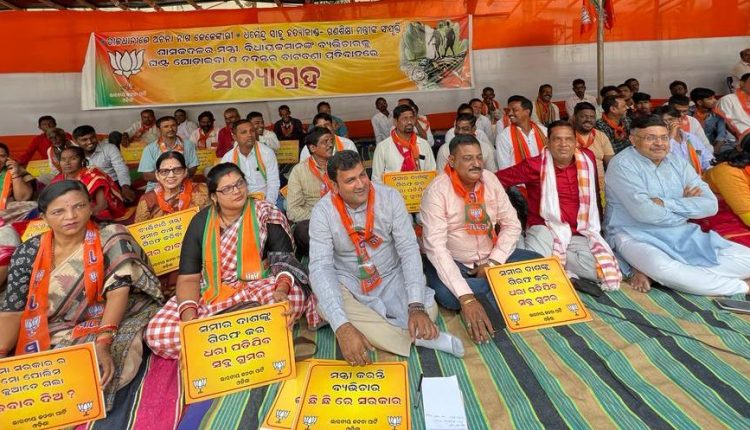 BJP, which has been staging a dharna outside the office of the Commissionerate Police since Saturday, will further intensify its agitation demanding impartial probe and interrogation of the accused persons in both the cases, party’s state unit General Secretary Prithviraj Harichandan said.

Stating that ensuring safety and security of the people without succumbing to any pressure is the duty of police, he alleged that police is working for the interest of the ruling BJD due to intervention of the Chief Minister, who is also in charge of the Home department.

Mounting a scathing attack on the BJD government over Archana case, another BJP state General Secretary Lekhashree Samantsinghar said the saffron party has already demanded a CBI probe into the honeytrap racket to expose all the high-profile people involved in the case.

It is for the BJD government to explain as to why it is afraid of investigation by the premier national agency into the sex and blackmailing scandal, she said, adding that the honeytrap kingpin and her husband Jagabandhu Chand had close association with the ruling Biju Janata Dal (BJD).

Alleging that Archana had Archana had not only gone to Barabati Stadium in Cuttack  with an influential Minister to witness a match but had also arranged 200 passes for others, the BJP leader said only a CBI probe can bring the accused persons to book.

Instead of protecting women and ensuring their empowerment, police is being misused to shield the accused persons in criminal cases, Harichandan alleged and accused the police of shielding the persons involved in the high-profile sex and blackmailing racket run by Archana.

While no step has been taken by the police to interrogate Archana or her husband Jagabandhu Chand in the honeytrap racket case, little action has been taken in Dharmendra Sahu death case in which the role of School and Mass Education Minister Samir Ranjan Dash must be investigated, the BJP leader said.

Though BJP had given 48 hours for the police to launch proper probe in both the cases, there has been no action so far, he said, adding that several high-profile people including Ministers, MLAs and businessmen are involved in Archana’s honeytrap racket.

Therefore, it has been decided to gheraon Naveen Niwas, the Chief Minister’s residence in Bhubaneswar, Hrichandan said.