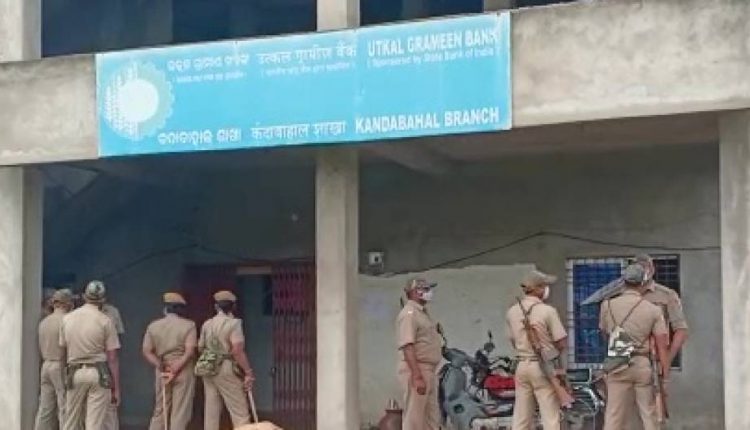 Sundargarh: Armed robbers, who were fleeing after looting a bank in broad daylight, were captured in a CCTV camera of a shop at Kirei in Odisha’s Sundargarh district.

According to reports, four armed robbers entered Kirei branch of Utkal Gramya Bank and looted Rs 2.87 lakh cash from the bank’s counter at gunpoint. Before fleeing they also snatched the gold necklace of a woman customer besides mobile phones and ATM cards of bank staff and customers.

The incident, which occurred around 2.30 pm, was captured by the CCTV camera of a shop located across the road where the miscreants had parked their two-wheelers.
Sundargarh SP Sagarika Nath, Sadar SDPO and policemen from Sundargarh Sadar police station rushed to the spot and investigating the matter.

Did You Know There Is Something Called COVID Toes?