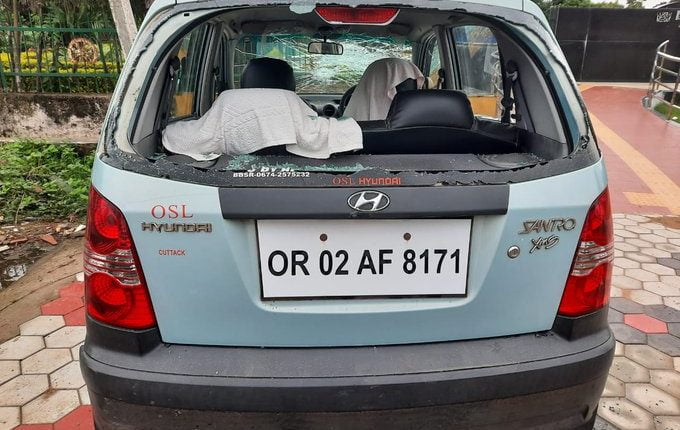 Bhubaneswar: A group of armed miscreants allegedly went on a rampage and damaged several vehicles at Gandamunda in the Odisha capital late on Wednesday.

Sanjay Bhoi, a native of Gandamunda, told the media on Thursday that 10-12 miscreants arrived in the area carrying swords and sticks around 12.50 am and damaged windscreens of four cars and a bike in Lane III. They also knocked on the doors and grills of some houses.

The incident was captured in CCTV cameras installed in the neighbourhood

Bhubaneswar DCP Umashankar Dash informed that Khandagiri police have begun a probe into the incident.

“The anti-social elements involved in this incident have been identified and efforts are on to nab them,” he added.