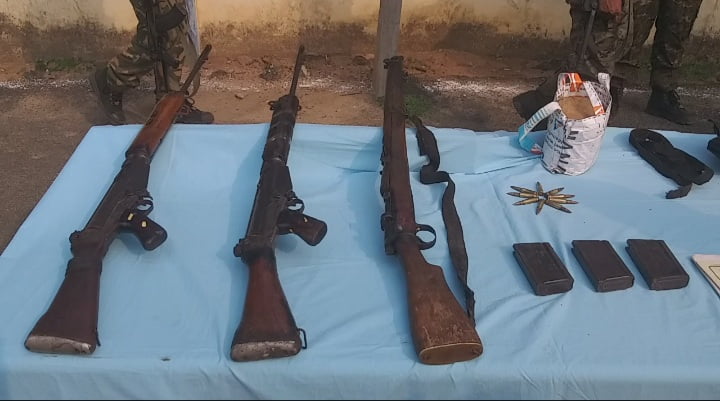 The hideout was busted in a joint operation by Odisha Police, BSF and Andhra Pradesh Police, which carried out an intensive search on specific intelligence input.

Two SLRs, one .303 rifle, one IED, nine 7.62 SLR rounds, magazines and other documents were seized from the camp.

Police suspect that these arms and ammunition belonged to the Maoists cadres of Andhra-Odisha Border Special Zonal Committee (AOBSZC). and were dumped there for future use against civilians and security forces.

Further combing and search operations are underway in the area.