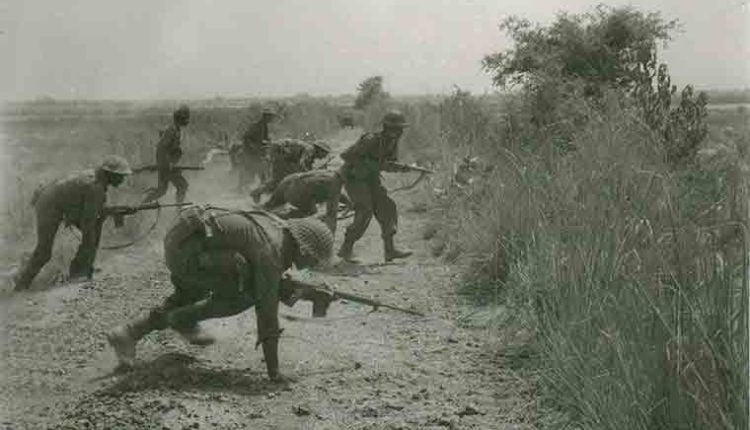 Bhadrak: Freedom for a brave Indian Army soldier from Odisha remains elusive even after languishing in Pakistan jail for a life-time. While his family still pins hope on his comeback, they remain clueless how to release him as the Indian authorities have expressed their helplessness.

Anand Patri of Bhadrak district was serving as a sepoy in the Bengal Defence Regiment during the Indo-Pakistan war of 1965 when he went missing. His family staying in Kalyani area of Dhamnagar block knocked all possible doors for his return but to no avail.

Their joy knew no bound when they saw his photograph in an advertisement issued by the Home Department in a newspaper in 2003 stating that Anand was lodged in Lahore jail but he was mentally unsound.

Anand’s son Bidyadhar contacted the Home Department and on May 29, 2003, the family got a letter that Patri will be released from Pakistan. On the scheduled day of Anand’s release, Vidyadhar was present at Wagah border to receive his father.

A group of Indians lodged in prison in Pakistan reached the border gate. But, Anand was not present among them.

Bidyadhar said they did everything to get his father back. “We approached the authorities at Army headquarters in Delhi to Lahore jail. The Pakistani authorities were supposed to release him in 2003. They freed 140 prisoners, but took my father back as he was an Indian Army prisoner,” he said.

He regretted that the government has remained silent since then despite his repeated appeals for steps to release his father.

“I had drawn the attention of our chief minister in a letter. We also approached the then defence minister Pranab Mukherjee. But there has been no response regarding his health condition or his release,” said Bidyadhar.