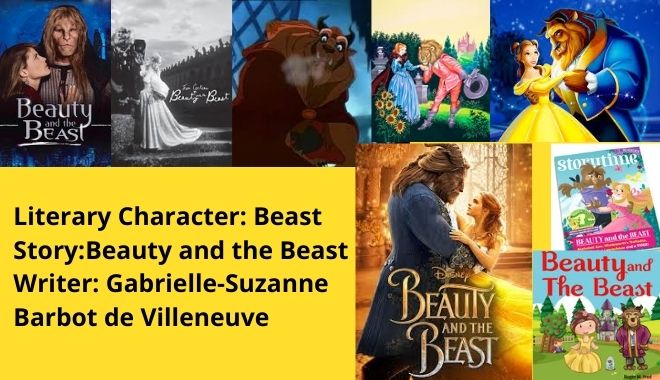 Feasting on fairy tales in my childhood, the one story that amazed me was the famous tale of the Beauty and the Beast. I remember an illustrated book which had the picture of a lion-head with the body of a man as the Beast. At the age of 5, I wondered if such a creature existed in the real world. The story touched me strangely, not for the condition of Beauty, but for the tears, loneliness, pathos and unnatural curse of the Beast despite his fierce appearance. That, I believe, is the skill of the writer in creating such a ferocious character with a mushy heart. Many questions lingered in my young heart but I did not ask my mother. Perhaps, we as kids had not been inculcated with the habit of questioning fairy tales. Things there were just meant to happen.

As I grew up, I realized the condensed story I read was shortened by Jeanne Marie Le Prince de Beaumont. The original story, written by French writer Gabrielle-Suzanne Barbot de Villeneuve in 1740, was over 100 pages. The story has several manifestations in folk tales across the world: ‘The Woman Who Married a Snake’ in the Indian Panchatantra, ‘The Enchanted Tsarevich’ in Russian, ‘The Fairy Serpent’ in Chinese, ‘Beauty and the Horse’ in Danish, ‘The Bear Prince’ in Swiss, ‘Zelinda and the Monster’ in Italian to name a few. It is said the original tale by Villeneuve could have been most likely inspired from the oldest tale of ‘Cupid and Psyche’ in which Psyche is banished to a mountain top to be married to a fierce beast.

What is fascinating are the different ways in which the character of Beast is depicted. He is illustrated as a monkey-faced man with a big horn and sometimes as a lion-faced man in story books and movies. Elsewhere, he is shown with a Gorilla face and sometimes having the face of a bear, an ape and at times with a devil face (not an animal). In some adaptations, he looks terrifying in the combination of a lion and bull with two horns. Some movies/ books have also shown him with a face of a raccoon having a lot of body hair.

Some interpretations have shown the story to be a way for girls to accept arranged marriages. Beast is seen to be that perfect prototype of an unknown man whom the girl comes to live with, leaving her father (the merchant) and her siblings (her sisters). Every night, the Beast asks Beauty to sleep with him but she refuses. This is also interpreted to have a sexual connotation – the reference of the attempts of consummation of marriage. Beast, in that sense, could be seen as the perfect gentleman who never forces himself on Beauty. He is kind enough to let her go see her father when she wishes to though he pines and withers in the time away from her. The Beast lies on the ground almost dead when Beauty returns after more than a week. Though the Beast appears to be kind, he still imprisons Beauty and still lays the condition that she cannot dare to stay more than a week with her father. The Beast also threatens Beauty’s father if he does not send her to him, he would destroy everything and everyone in his family. In that sense, Beast can be seen as the aggressive male of the stereotypical patriarchal society.

The character of the Beast teaches us not to judge anyone by appearance. All that it takes to transform Beast into the handsome Prince Adam is an expression of true love though many see it as a feeling espoused by a possible ‘Stockholm Syndrome’ that Beauty develops staying with the Beast for a long time. In the original tale, the background of the Beast tells us that he was a prince and it was his rejection of the lustful overtures of an evil fairy that cursed him to become a beast. And Belle is actually the child of a king and a fairy, not a merchant’s daughter. She was given to the merchant in lieu of his dead daughter to protect her from the evil eye of a bad fairy who wanted to marry her father. The story, as we see, at my many levels, is all about the greed of sexual possession/obsession, might, concern and consent.