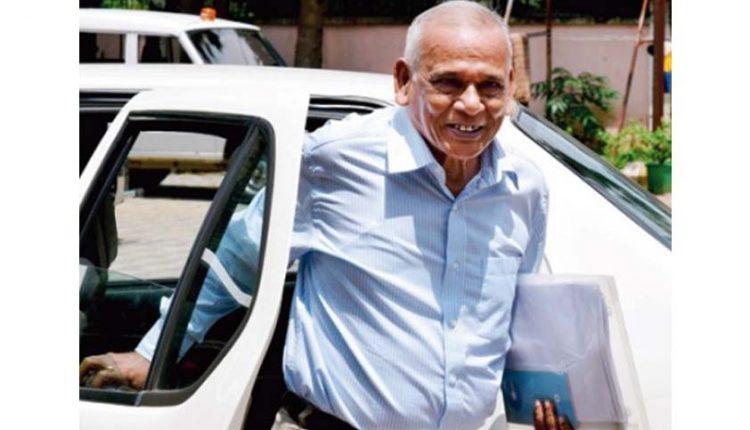 Cuttack: Trouble mounted for former Advocate General (AG) Ashok Mohanty with the Orissa High Court on Wednesday rejecting his discharge plea in the Artha Tatwa chit fund scam in which investors in Odisha were allegedly duped of more than Rs 500 crore.

The HC directed the CBI court to continue regular hearings of the case, sources said.

This comes close on the heels of the Supreme Court’s direction to Orissa High Court to dispose of petitions pertaining to the multi-crore scam in an expeditious manner while hearing the petitions filed by the CBI against Mohanty on September 12.

Notably, the CBI arrested Mohanty on September 22, 2014, for allegedly abusing his official position and misappropriating funds of Artha Tatwa Group of companies. He relinquished the position of AG on September 12.

During his interrogation on September 13, a day after he resigned from the post, he denied allegations that he got a house in Cuttack free of cost from chairman-cum-managing directior of Artha Tatwa (AT) group Pradip Sethy. Mohanty claimed that he paid Rs 1.01 crore through cheques issued against his bank account in SBI for the plot of Cuttack Development Authority.

He was later granted conditional bail by a local court in lieu of Rs 1 lakh and two sureties.

The scam in Odisha came to light in 2011. The state ordered an inquiry by the state police and crime branch, which estimated that the scam involved Rs. 4,373 crore. Alleging that the government was trying to shield influential people, activists moved the Supreme Court seeking a CBI inquiry, following which the agency took over the investigation.