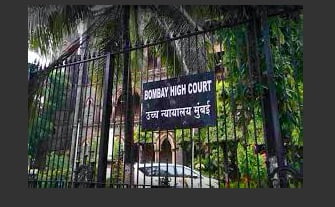 The Narcotics Control Bureau (NCB) will then respond to arguments.

He questioned the need to arrest them under 20(b) and 27 and added that there was no conspiracy. “Section 20(b) is a theory of possession and joint possession. The panchnama demolishes the case of conspiracy. Except for personal consumption, there was no allegation of use in arrest memo.,” he added.

Desai also questioned why no medical test was conducted if there was an intention to consume. He contended that they found from me was 6 gms of charas but reported 21 gms.

“So far as WhatsApp chats are concerned, it is abundantly clear that these do not support the conspiracy theory. In Punjab & Haryana High Court, they have held that WhatsApp is inadmissible,” he said.

The senior advocate said that there was no seizure memo in relation to the phones. “They argued that it was voluntarily handed over. But with personal devices, it is important to have a memo for the veracity,” he said.

.”Nobody stops investigation if bail is given. But, what is the need for custody when punishment is one year?” he asked.

Senior Advocate Mukul Rohatgi too pointed at the discrepancies in the arrest memo: “The arrest memo refers to different items. The law requires that you must give true and correct grounds for arrest,” he said.

“Though nothing was recovered from Aryan, he was booked with Section A, B, C. There are two parts to it – no conspiracy and then incriminating him with the recovery of someone else,” he told the court.

In his submission, Advocate Ali Kaashif Khan Deshmukh said that Munmun Dhamecha was intercepted within 2-3 minutes of entering the cruiseliner. “Interestingly, there were two people in the room, however, they were not arrested. Please see panchnama,” he said.

During the search, nothing was found on Dhamecha. “There is nothing against me, their case is against Soumya Singh,” he said.

Deshmukh clarified that Dhamecha did not know Singh and asserted that she never did drugs. “I am relying on the judgment of Kerala HC, where bail was granted in small quantities. I am saying that there is no connection with anyone,” he added.

Covaxin Now Recognized In This Country As WHO Drags Feet