Asha Parekh On Shammi Kapoor Marriage Rumours And Much More 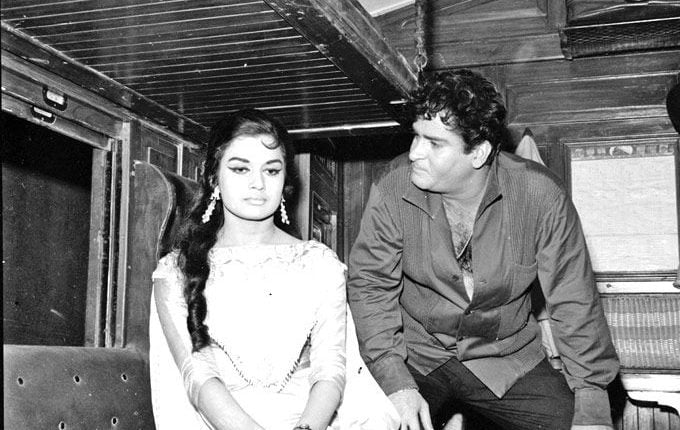 Mumbai: Asha Parekh worked with several actors, but her favourite co-star was Shammi Kapoor — her hero in her first film as a female lead, Dil Deke Dekho. The gossip columns in the media even got her married to Shammi.

In a birthday special interview to The Times of India, Bollywood veteran Asha Parekh clarified those rumours by saying: “Luckily that gossip fizzled out quickly and it came at a time when Shammi was seeing someone else.”

Having made her debut as a child actor in Bimal Roy’s Maa in 1952 at the age of 10, Parekh gained instant when she did her first major role seven years later in Dil Deke Dekho.

There was no looking back for her from then on.

Known as the Jubilee Girl, Parekh had earlier revealed in an interview to The Indian Express that she was “timid” to face the camera and was even “nervous” in the initial shots in front of Shammi Kapoor. “But Shammi ji was very patient and guided me before every shot”.

Parekh spoke about the loneliness and depression she felt after both her parents died. “I was the only child and after the death of my mother, father and aunt, I was suddenly all alone. There was a total vacuum in my life. I used to sit all alone during evenings and slowly depression started seeping in. I used to cry a lot and I didn’t know what was happening to me. Then it suddenly hit me that it was not depression but plain loneliness in the absence of my near and dear ones. It was in 2003, after I lost my father. At that point of time I had no clue what I should do and often felt that ki abhi mar jana chahiye.”

Parekh didn’t get married, but at one point she desired to adopt a kid. Recalling how it was not “destined” to be, she said: “It was not destined. It’s not that my mother didn’t want me to get married. The two proposals that came for me, both had divorced their wives… socho mera kya hota (laughs). I am very happy as I am. I am happy that I don’t have children. I did want to adopt and I also saw one little fellow and I loved him so much. I wanted to adopt him but the doctor said that I cannot adopt the kid who was just a year and a half as he had some health issues. Then my mother fell sick and then it was the turn of my father.”

The Kati Patang star celebrated her 77th birthday on October 2.

Big B’s Humorous Post For Friend Will Crack You Up