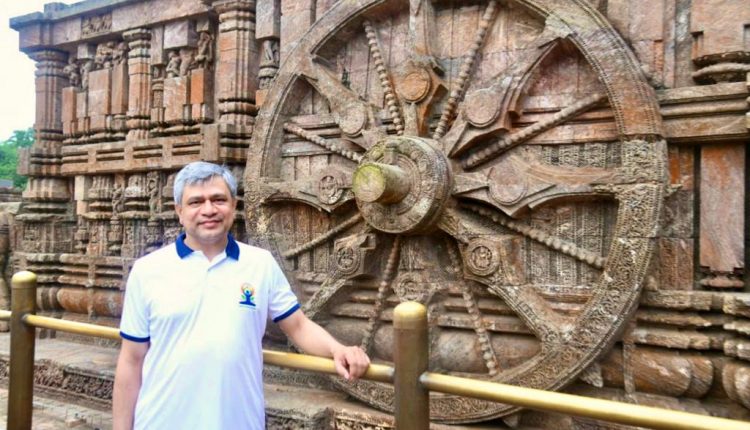 More than 2,500 people, including various central government organisations, students of various schools and colleges along with Yoga experts participated in the mega event this morning. 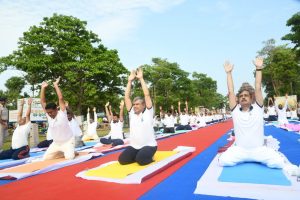 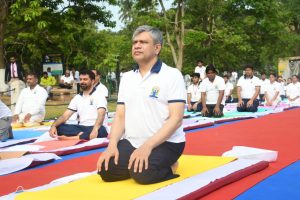 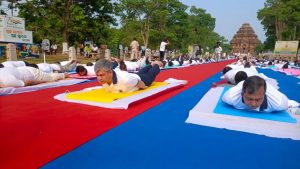 The Union Minister also posed for the traditional and staid photograph in front of a wheel at the Sun Temple. He said a survey will be conducted soon to provide a railway connection to Konark. 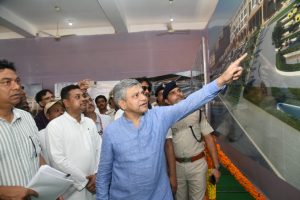 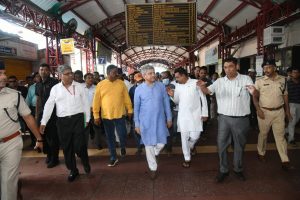 He also told the media that the railway is taking necessary steps to accommodate pilgrims during the ensuing Rath Yatra. “As Rath Yatra was organized without pilgrims for the last two years due to COVID protocols, Railway expects much more pilgrims to gather at Puri this year. The railway is also planning to run Special Trains to and from Puri during this period for smooth travel and convenience of the pilgrims,” he added. 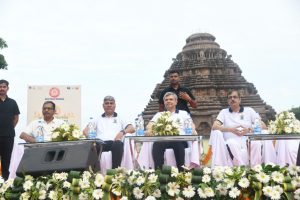 The Union Minister also offered prayers at the Jagannath temple, which is currently closed to public with the Lords on ‘Anasara’. He also visited the chariots which are under construction for the annual sojourn of the sibling deities.

Also Read: Know What Ashwini Vaishnaw Has To Say On 5G Services In Odisha