At High Of Rs 140/Kg, Onion Price Has Odisha Crying 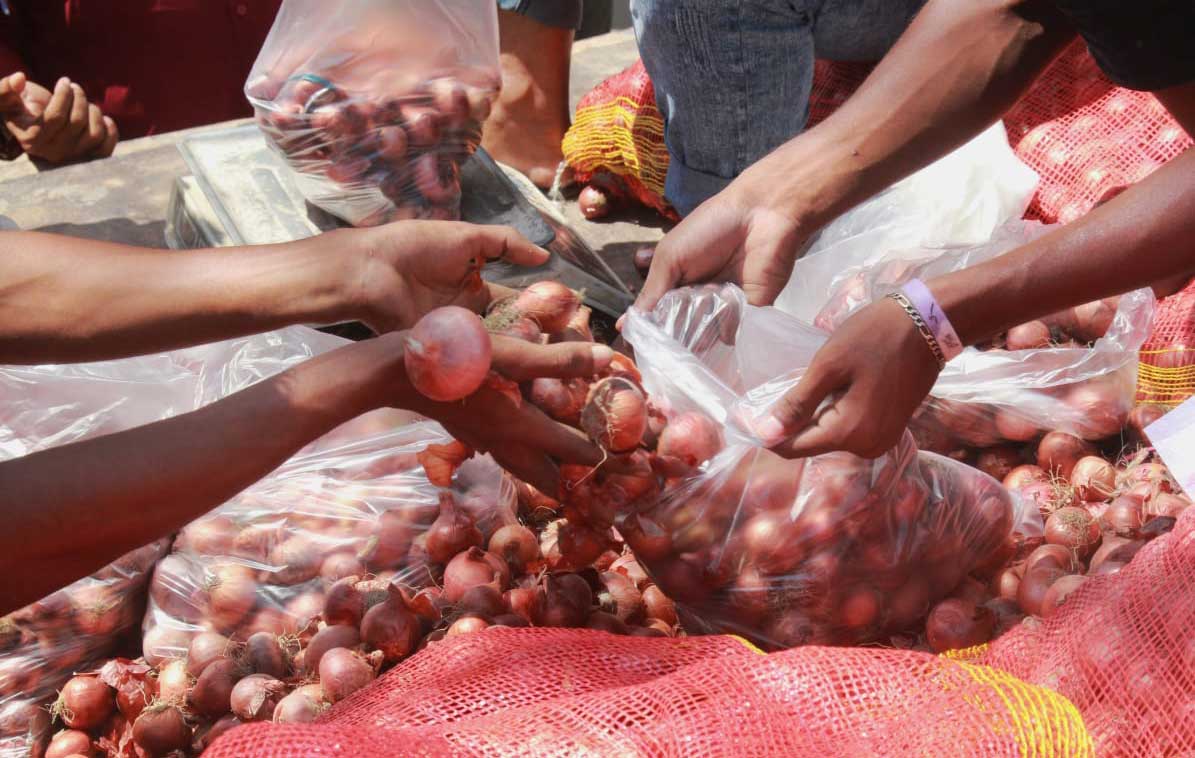 Bhubaneswar:Odisha continues to sheds tears without cutting onions with the price soaring to Rs 140 a kg in Cuttack’s Chhatra Bazar, the largest wholesale and retail vegetable markets in Odisha.on Thursday. It is a Rs 20 rise in a day.

With the price of onion is hovering between Rs 120 and Rs 140 a kg in different parts of the state, many believe it would touch Rs 200 a kg mark if the current trend continues for some more days. Onion is currently being sold at Rs 130 per kg in Balasore, Rs 110 in Berhampur and Rs 120 in Rourkela, according to reports.

Meanwhile, the price rise is being attributed to short supply of onion from Nashik in Maharashtra. “Bulk of the last onion crops in Maharashtra and Andhra Pradesh were damaged due to unseasonal rain, leading to the crisis in several mandis across Odisha,” secretary of Chhatra Bazar Traders’ Association Devendra Sahoo.

He said that the price will drop once fresh crop starts arriving from January 10, 2020. “Since onion crop in Odisha is harvested in April and May, Odisha has to depend on Nashik for its supply of onion,” he added.

Notably, Food Supplies and Consumer Welfare Minister Ranendra Pratap Swain had recently told the media that the price of the onion will come down in Odisha by the end of December after the crop is harvested in Nasik and Andhra Pradesh. He had also said that a part of the consignment of onion imported by the Centre from Egypt will arrive in Odisha by the second week of December.

Now, Onions To Be Imported From Afghanistan; Fall In Price…