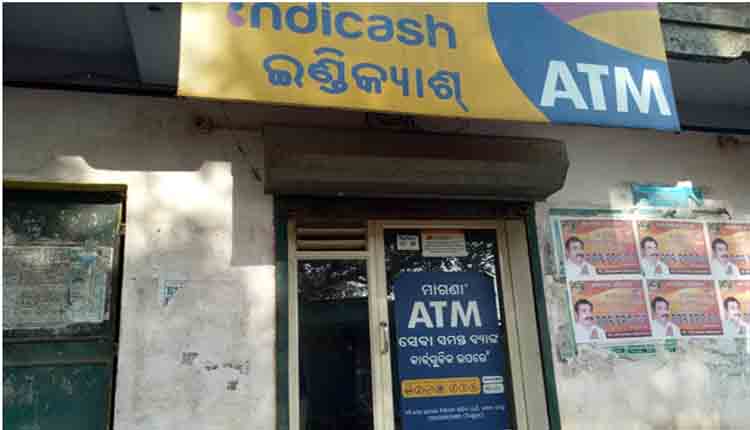 Khurda: Four days after miscreants made away with a teller machine, another ATM was looted at Bajpur under Sadar police limits in the district late on Wednesday.

According to sources, unidentified miscreants allegedly ransacked the ATM and fled with cash after breaking open the iron chest. They also damaged the CCTV cameras installed inside the counter.

This also was a TATA Indicash Automated Teller Machine (ATM).

The incident came to light this morning after some customers reached the counter to withdraw money and found the glass doors broken.

On being informed, police reached the spot and started an investigation. The exact of amount of cash looted is yet to be ascertained, the sources added.

On the night of November 11, miscreants had decamped with a TATA Indicash Automated Teller Machine (ATM) at Tulasipur Bazaar in the district after failing to steal cash from it.

Besides, incidents of ATM robberies have been reported from Nirakarpur, Tulasipur, Jatni and Baghamari in the district in the recent past.