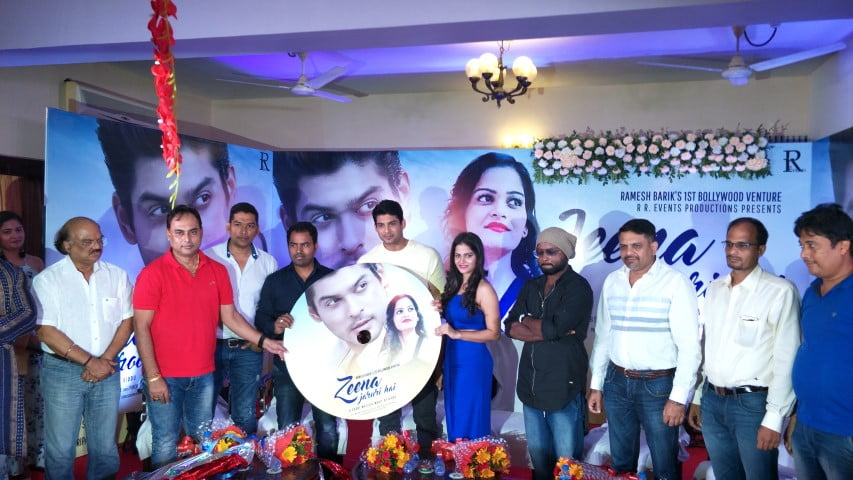 “It is a tragic love story. The five-minute long video will be shot in Cuttack, Bhubaneswar and some other locations of Odisha. We wanted to showcase our state through this video. It will also have some dialogues. We will complete the shoot in three days,” said the director Biddu, whose last music video ‘Kurbaan’ received rave views.

Deepika is excited to get an opportunity to share screen with Siddharth Shukla.

“It is a dream come true. I am working hard and watching so many videos to help me learn. I think both of us will be comfortable as co-stars,” said the actress who is currently doing a Bhojpuri film ‘Dabangg Sarkar’.

Popular Indian television actor Siddharth Shukla shared his happiness on being a part of the music video. “It is my second visit to Odisha. Earlier, I visited the Lord Jagannath temple at Puri. I liked the concept of the video and hope it gets audience love and support,” said Siddharth. His supporting role in the Bollywood blockbuster ‘Humpty Sharma Ki Dulhaniya’ received accolades. Producer Ramesh Barik said, “This is my first Bollywood venture and with support and good wishes we will do more such projects in the near future.” The music has been scored by RSr while Shabab Sabri and Palak Muchhal will render the songs.

The shooting for the musical film will start from Tuesday.

Watch: Comedian Sunil Grover Has Some Advice For Liquor Lovers

COVID-19 Should Be Afraid Of My Dad, Says Hrithik Roshan