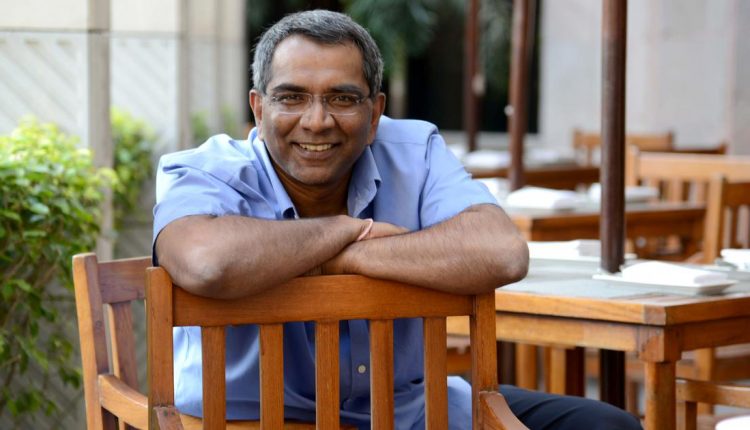 If the publication of Indian literature in the English language has come of age, David Davidar must be given sole credit for this unparalleled achievement. In the final quarter of the last century, his endeavour in the industry brought out the revolution in the Indian publishing industry. He set up Penguin India in 1985 and the rest is now history. He is a visionary as well as an institution builder too. He compelled world readers and publishers to crane their thought to the gamut of Indian writers who rubbed their shoulders with their counterparts in western countries.

The author of three brilliant novels (The House of Blue Mangoes, The Solitude of Emperors and Ithaca), he is well known for his publishing acumen and acquisition dexterity. He is also a well-accepted anthologist whose recent anthology, The Case of Indian Marvels-Dazzling Stories from the Country’s Finest New Writers (Aleph Book Company, 2022) has caught the readers’ attention in India and beyond. This anthology has 40 short stories from the finest young authors in India who are below the age of forty. It has been well-received by readers and critics as well. 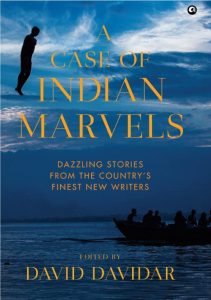 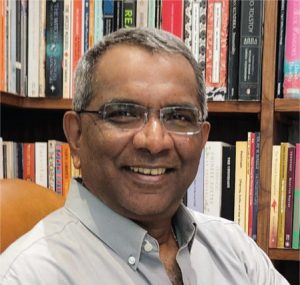 During his recent visit to Bhubaneswar for the 7th Odisha Art & Literature Festival (OALF), poet, publisher and director of OALF Manu Dash had a freewheeling chat. Excerpts:

Is it your first visit to Bhubaneswar? Normally, no Odisha visit is complete without a trip to Konark and Puri. Do you have any plans?

Yes, it is. My wife and I are looking forward to visiting the Sun Temple in Konark, one of the world’s major architectural marvels.

As a seasoned publisher, how do you look at the advantages of literature festivals in India?

I believe literature festivals do a great service by promoting the work of authors. Without such festivals, it would be almost impossible to get authors to travel to various places to meet and interact with their readers.

How do you consider Aleph Book Company different from other mainstream publishing houses?

I can’t speak for other publishing companies but I’d say that what we try to do at Aleph, year after year, is publish some of the very best Indian writers to be found anywhere in the world.

In India, it is seen, a few writers are monopolising the publishing market. How do you look at it? How does it help or affect the new authors?

Every publisher would naturally want to have some of the most coveted authors in the country on their list. However, it would be fair to say that most major publishers will not hesitate to publish talented debut writers. In fact, all publishers of any consequence are always actively on the lookout for brilliant new stars.

Why don’t mainstream publishers give much space to plays and poetry books in India?

Speaking for ourselves, we do not usually publish poetry or plays because we are unable to publish such books profitably. There doesn’t appear to be a market for them.

What makes a good editor according to you?

Where English language trade publishing is concerned, a good editor would need to be extremely well-read. It goes without saying that his or her English would need to be faultless. In addition, good editors should be able to fix structural faults in the manuscripts they are editing besides being able to correct grammatical infelicities and so on. Unfortunately, if one were to go by a fair number of the books that are being published today, the editors of these volumes are either incompetent or sloppy or both.

Do you have any plans to pick up talented writers from Odisha?

Yes, we do. We’ve already published a wonderful collection of Odia stories entitled the greatest Odia stories ever told edited by Leelawati Mohapatra, Paul St. Pierre, and K.K. Mohapatra, we publish the bestselling author from Odisha, Devdutt Pattanaik, as also the great Gopinath Mohanty (a novel called Harijan) and the peerless Fakir Mohan Senapati. Odisha has a rich literary tradition so I have no doubt we will see more Odia authors in Aleph livery in the future.

You have published Fakir Mohan Senapati’s Chhamana Aatha Guntha in Penguin (2006) and in Aleph (2021). What’s your take on both translations?

These translations are very good and I am glad we were able to publish them.

Except for 5 regional languages (Malayalam, Gujarati, Bengali, Kannada, and Telugu), you have taken all other stories in English in ‘A Case of Indian Marvels’. Why not other languages?

I wish the anthology had featured many more authors in translation from various Indian languages. However, despite my efforts as also those of my editorial colleagues, advisers, and scouts, we were unable to find enough good stories in translation that could be part of the lineup in A Case of Indian Marvels. I hope there will be other anthologies published in the not-too-distant future that will feature talented young writers from all Indian languages.

Do you feel that regional authors are not given adequate space to international readers? Do you have any plans for them?