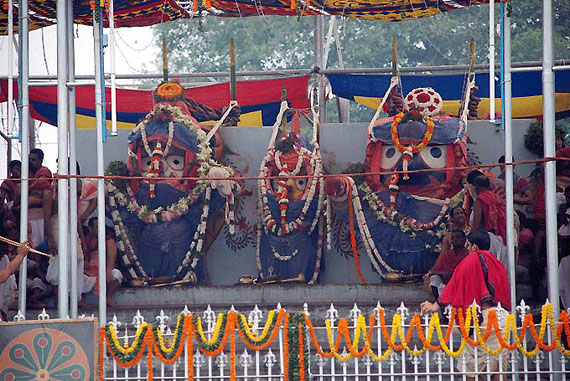 Puri/Bhubaneswar: The Puri Jagannath temple administration on Tuesday said only authorised servitors will be
allowed to climb atop the chariots during Rath Yatra.

“At the second Rath Yatra coordination committee meeting, chaired by revenue divisional commissioner (central range) A B Ota, it was decided that no one other than authorised servitors will be allowed to the snana mandap of Lord Jagannath and perform the rituals. Going by the Orissa High Court’s direction,
the temple administration will hand over a list of servitors to the police,” Puri SP Sarthak Sarangi said.

The move came after several disturbances were witnessed during Rath Yatra last year.