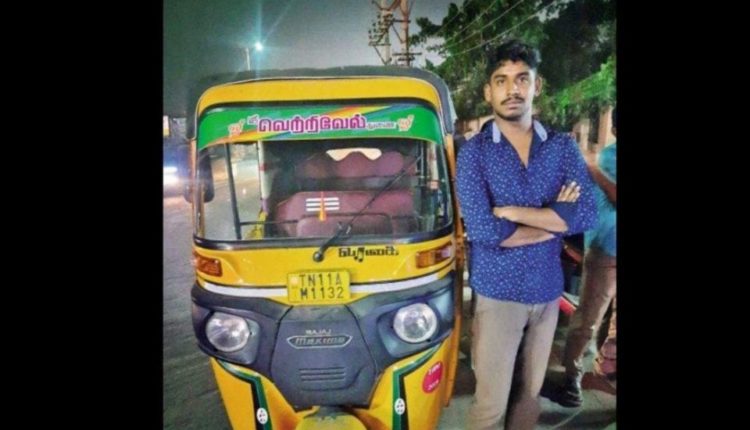 Chennai: In a heart-warming incident, an auto driver returned a bag, left behind by a passenger, which contained gold worth Rs 20 lakh.

The driver, Saravana Kumar, was felicitated by Chennai Police for his act of honesty.

Paul Bright, a businessman, was returning from a relative’s wedding with a bunch of carry bags including one with jewellery. A few minutes later, Saravana noticed the bag lying on the back seat. He wanted to return the bag to the owner, but didn’t know how to locate him.

In the meantime, the passenger, after realizing what he had done, went to his nearest police station at Chromepet and registered a complaint.

Even as the police started looking for the auto rickshaw, Saravana reached the police station and handed over the bag of jewellery.

Lauding him for returning the bag, police personnel gifted him a bouquet.