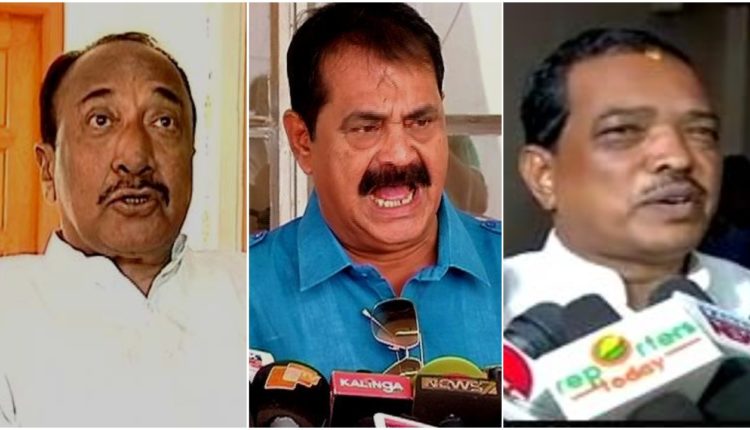 Bhubaneswar: Amid protracted dispute between Odisha and Chhattisgarh over sharing of Mahanadi river water, senior BJP leader Bijoy Mohapatra on Sunday said the people of Odisha are going to face unprecedented water scarcity in coming days.

Speaking to mediapersons, Mohapatra said while the tenure of the Mahanadi Water Dispute Tribunal will end in just two months, the Odisha government is yet to get its legitimate share of the river water either due to its lack of will or inability to present the relevant facts before the Tribunal. No one knows what is going on, he added.

Asked whether Odisha will be able to get justice from the Tribunal, Mohapatra said if the Centre wants, it can extend the tenure of the Tribunal for two more years. But no one knows whether there would be any extension.

Coming down heavily on the ruling BJD and the Opposition Congress, Mohapatra said why these two parties, which had raised the issue in the Assembly and across Odisha on the issue in the recent past, have remained silent of late.

“You can see that the riverbed of Mahanadi and its tributaries is already getting dried up in January and imagine what will be the situation during the summer. The state government must take up the matter seriously and raise the issue in the Parliament so that the people can be aware of future consequences,” Mahapatra noted.

Commenting on the issue, Congress leader Tara Prasad Bahinipati said his party will raise the issue in the Assembly.

Slamming the BJD and the BJP, he said instead of safeguarding the larger interest of Odisha, they are politicising the issue.

Urging Chief Minister Naveen Patnaik to convene an all-party meeting and take up the issue with his Chhattisgarh counterpart, Bahinipati said the Congress will make necessary arrangements to invite the Chhattisgarh Chief Minister to Odisha for an open-ended discussion.

On the other hand, Planning & Convergence, Commerce & Transport minister Padmanabha Behera hoped that the Tribunal will give the verdict in favour of Odisha.

“The Tribunal is a system and it has taken up the hearing three times. I am sure that the final hearing of the Tribunal will enable Odisha to get its rightful share as the Chhattisgarh government will be bound to release the upstream water of Mahanadi,” he pointed out.