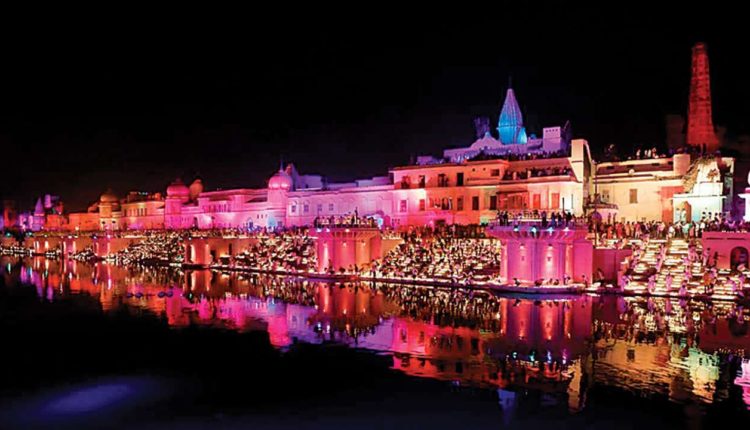 Bhubaneswar: After a legal tussle spreading over several decades, the foundation of Ram Mandir was laid down on August 5, 2020, Wednesday. A grand ‘Bhoomi Pujan’ was performed by Prime Minister Narendra Modi at Ayodhya.

Here’s a detailed timeline of how the dispute begun, the various twists and turns, and its culmination in the 2019 judgement by the Supreme Court.

– 1949: Idols of Ram Lalla placed under central dome outside the disputed structure.

– Paramahansa Ramachandra Das files suit for the continuation of worship and keeping the idols.

– 1961: UP Sunni Central Waqf Board files suit for possession of the site.

– February 1, 1986: Local court orders the government to open the site for Hindu worshippers.

– April 3, 1993: ‘Acquisition of Certain Area at Ayodhya Act’ passed for acquiring land by Centre in the disputed area.

– Various writ petitions, including one by Ismail Faruqui, filed in Allahabad HC challenging various aspects of the Act.

– SC exercising its jurisdiction under Article 139A transfers the writ petitions, which were pending in the High Court.

– March 13, 2003: SC says, in the Aslam alias Bhure case, no religious activity of any nature is allowed at the acquired land.

– September 30, 2010: HC, in a 2:1 majority, rules three-way division of disputed area between Sunni Waqf Board, the Nirmohi Akhara and Ram Lalla.

– August 7: SC constitutes a three-judge bench to hear pleas challenging the 1994 verdict of the Allahabad HC.

– September 27, 2018: SC declines to refer the case to a five-judge Constitution bench. Case to be heard by a newly constituted three-judge bench on October 29.

– October 29, 2018: SC fixes the case for the first week of January before an appropriate bench, which decides the schedule of hearing.

– January 4, 2019: SC says an appropriate bench constituted by it will pass an order on January 10 for fixing the date of hearing in the title case.

– January 10, 2019: Justice U U Lalit recuses himself prompting SC to reschedule the hearing for January 29 before a new bench.

– February 26, 2019: SC favours mediation, fixes March 5 for order on whether to refer the matter to a court-appointed mediator.

– March 8, 2019: SC refers the dispute for mediation by a panel headed by former apex court judge F M I Kallifulla.

– SC directs UP government to provide security to state Waqf Board Chairperson.

– November 9, 2019: SC grants the entire 2.77 acres of disputed land in Ayodhya to deity Ram Lalla, possession of land to remain with the central government receiver. SC also directs Centre and UP government to allot 5-acre land to the Muslims at a prominent place for building a mosque.

Function Hall Of Ram Mandir In Bhubaneswar Sealed; Know Why