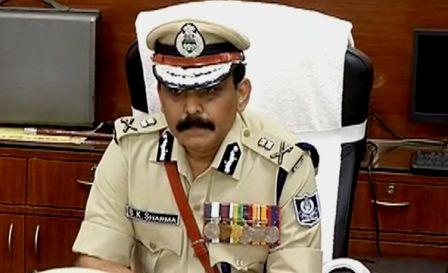 Bhubaneswar: Odisha police is fully prepared to maintain law and order in the wake of the Supreme Court verdict on the Ayodhya land dispute case, Director General of Police (DGP) BK Sharma said on Saturday.

“Adequate forces have been deployed in all sensitive districts and mobile patrolling has been intensified. All SPs have been instructed to closely monitor the situation,” the DGP told the media.

“Besides, police have held meetings with the members of religious communities to maintain harmony and fraternity. If if there is a law and order situation, additional forces will be deployed to the area,” he added.

Sharma also said that police are closely monitoring the reactions of the people on social media. As per the directive of the Supreme Court, stern action will be taken against those posting incriminating statements on social media, he pointed out.

In a tweet, Bhubaneswar DCP has advised the people to maintain peace and harmony and refrain from posting any incriminating and controversial statement on social media.

We request citizens to contribute towards maintaining peace n harmony in the wake of SC judgement in Ayodhya Case. Don’t post/share inciting/provocative msg on social media. No rallies/processions, congregation related to this case is permitted, we request all to abide by this.

Earlier in the day, chief secretary Asit Tripathy informed that a meeting on security arrangements to maintain law and order in the state was held yesterday.