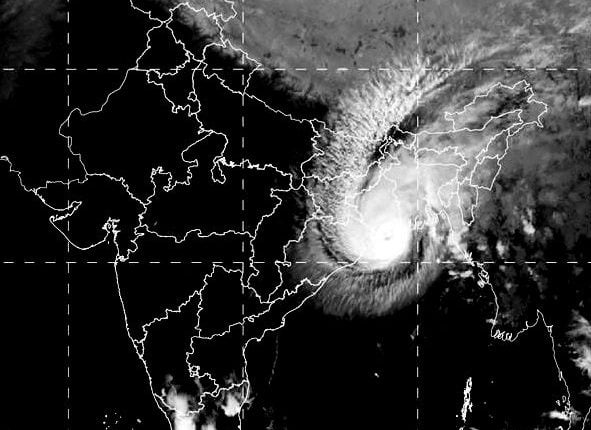 Bhubaneswar: According to the latest update by the India Meteorological Department (IMD) on Cyclone Bulbul:

Current intensity near the centre: 115-125 kmph with gusting up to 140 kmph. Landfall process started with the forward sector of the wall cloud region is entering into the land.

Past movement: Severe cyclonic storm ‘Bulbul’ moved nearly towards north-east with a speed of 13 kmph during last six hours.

Forecast movement, intensity and landfall: The cyclonic storm is likely to weaken gradually and move northeastwards and cross West Bengal-Bangladesh coasts between Sagar Islands and Khepupara across Sunderban delta during next three hours around 11.30 pm of November 9 as a severe cyclonic storm with maximum sustained wind speed of 110-120 kmph with gusting up to 135 kmph.

Rainfall in last 24 hours: Light to moderate rainfall with isolated heavy to very heavy rainfall likely to continue over Balasore district during next three hours and over West and East Medinipur, South and North 24 Parganas during next 12 hours.