Babushaan In News Again: Check Poster Of ‘Antaryami’, Which Will Be Made In Odia, Hindi & Telugu

Berhampur: After making headlines for the wrong reasons recently, Ollywood superstar Babushaan is in news once again. And, this time it’s good news for the actor’s fans and supporters.

At a function in Town Hall in Odisha’s Berhampur on Tuesday evening, the actor unveiled the poster of Antaryami, a pan-India movie which will be released in Odia, Hindi and Telugu with Babushaan in the lead role. The lead actress has not been finalised yet.

Berhampur Additional SP Asim Panda and Assistant Collector Binod Kumar Behera were among the guests at the event.

For Babushaan, who has acted in scores of Odia movies, this will be his first film which will be released in three languages.

The film will be produced by Shiva Satyam Production and shooting will start in December or January. The film’s cast will be drawn from both Odia and Telugu film industries.

An excited Babushaan thanked everyone associated with the film, which he said has opened new challenges for him as an actor. He was confident viewers will like the movie.

Amrit Nishad is the film’s producer while E Rama Rao is the co-producer. Story, screenplay and direction is by Shiva Satyam while G J Karthikeyan is its music director.

Babushaan and actress Prakruti Mishra were assaulted by the former’s wife Trupti in full public glare in Odisha’s capital Bhubaneswar in July. Trupti alleged that Prakruti was in a relationship with Babushaan. 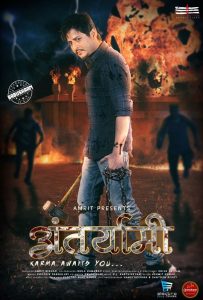