‘Bad Company Has Ruined Babushaan… His Call Records Should Be Checked, Who Called Him, Why… Some People Harming Him’ 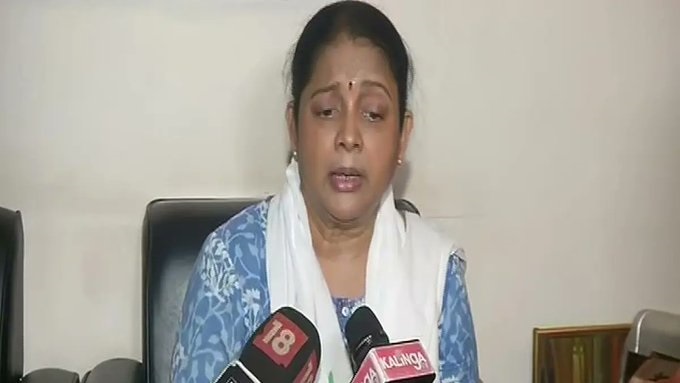 Bhubaneswar: Describing him as a “good son who is extremely affectionate and dotted on his family”, Aparajita Mohanty, actress and mother of Ollywood star Babushaan, said that her son fell into bad company during the COVID-19 pandemic, which has ruined him.

Speaking to local news channels, Aparajita said that Babushaan’s character and behaviour completely changed during the COVID years, during which she said he fell into bad company.

“Sometimes he comes home, sometimes he doesn’t. I couldn’t figure out what happened. His behaviour and manner of speaking changed,” she said.

“If he was at home for five minutes, he would be on phone the entire time. His call records should be checked. Who was calling him and why,” Aparajita said. “It is almost like he is in a state of having been kidnapped. Some people are harming him. He has stopped eating. He is not the same person he used to be,” she said, holding back tears.

Aparajita, who was not in Bhubaneswar but returned to the city after watching news that Babushaan and actress Prakruti Mishra were assaulted by her son’s wife Trupti Satpathy in full public glare on the streets of Satya Nagar, said that a true friend is one who helps the other person physically, emotionally, financially and his family.

“But if someone causes harm to the other person’s family, physically, emotionally and financially, can she be called a friend,” she asked.

She urged everyone to pray that his son returns to the family fold.