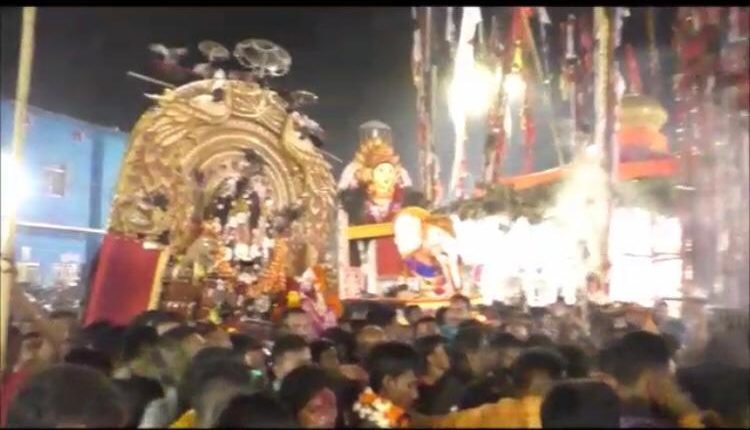 Malkangiri: On the third of Bada Yatra, the deities of Kanamraj, Balraj, Potraj and Devi Mutyaluamma were taken from Mandia Bhhata to Singha Dwara at Tala Sahi area in a grand procession.

A grand procession of the stick was organised while the deities were going towards Singha Dwara. Hundreds of tribal people participated in the procession by taking long bamboo sticks from their village Thakurani Peetha. 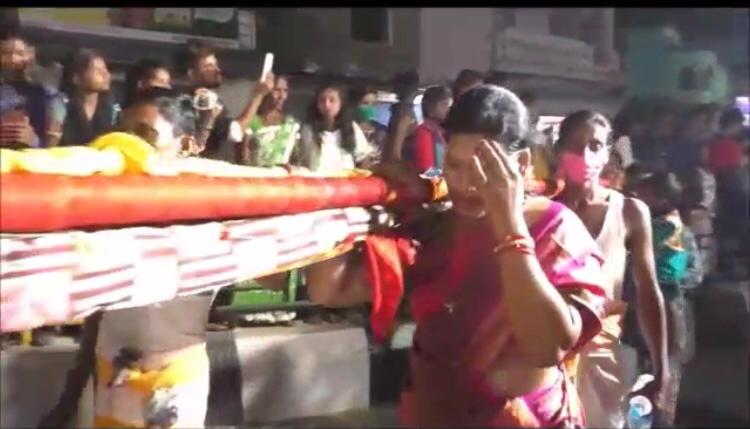 In spite of restrictions and night curfew in view of coronavirus, lakhs of devotees from Odisha, Andhra Pradesh and Chhattisgarh gathered to see the traditional procession.

Several thousand people gathered roadside to watch the procession and deities. Some villagers also performed puja along the road as the deities were passing by their areas.

Some of them had come with goats, hens and ducks which they sacrificed before the deities. Disaries and Gunias performed Kalisi dance to appease the Gods.

The district administration, however, did not allow Meena Bazar to be organised due to the pandemic.

Bada Yatra celebrations started in the district headquarters on March 27 and will end on March 30.