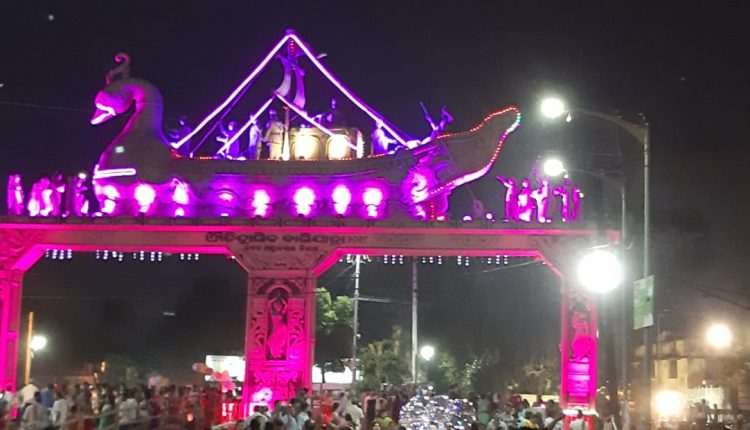 Cuttack: Chief Minister Naveen Patnaik will flag off three tableaux on Sunday on the rich maritime history of ancient Odisha as a part of Bali Jatra, which is scheduled to commence in Cuttack city on Tuesday.

According to sources, a team of officials has been engaged to prepare the tableaux which will travel to various places across Odisha such as Puri, Paradip, Khurda, and others. “The objective is to attract more visitors to the maritime trade fair on the banks of the Mahanadi river,” a report quoted collector Bhabani Shankar Chayani as saying.

The tableaux will present the maritime activities and glorious tradition of ‘Boita-Bandana’. A big-size fibre and plywood statues have been erected depicting ‘Sadhavas’ with boxes meant for storage of goods and precious materials. The trolley party will carry the boat houses and ‘Sadhavas’ depicting trade in ancient times.

It will also showcase the ancient sailors’ knowledge about navigation and their commercial, socio-cultural, and political relations with Southeast Asian countries such as Java, Sumatra, Bali, Borneo, China, Myanmar, Cambodia, Champa, Malaya, Thailand, and Sri Lanka.

It is pertinent to mention here that Bali Jatra, the largest open-air fair celebrating the rich maritime history of Odisha, is likely to bid for entry to Guinness World Records.