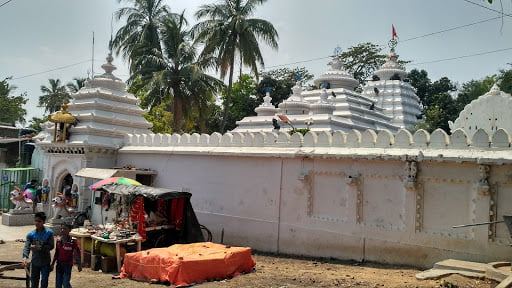 Balasore: Police on Monday arrested 10 Maharana servitors engaged in construction of chariots for the Rath Yatra at Nilgiri in Odisha’s Balasore district.

The arrests were made during a joint raid on the Ratha Khala by district administration and police.

In the wake of COVID-19 the government has banned Rath Yatra elsewhere in the state other than Puri where it will be conducted sans devotees.

However, a carpenter (Maharana servitor) denied that construction activities were being carried out.

Nilgiri Sub-Collector Harishchandra Jena said despite repeated notices by the administration, they were making the chariots becuse of which action was taken. An FIR will also be registered, he added.

UIt may be mentioned here that on June 10, Special Relief Commissioner Pradeep Jena had issued an order banning Rath Yatra scheduled on July 12 elsewhere in the state except for Puri in view of COVID19 pandemic.

However, the decision was not welcomed by Nilagiri servitors who have sought permission for the annual yatra on the lines of Puri.

Recently, servitors as well as residents of Baripada, popular as Dwitiya Srikhetra, staged a protest urging the state government to allow celebration of annual Rath Yatra in Baripada sans devotees like Puri.