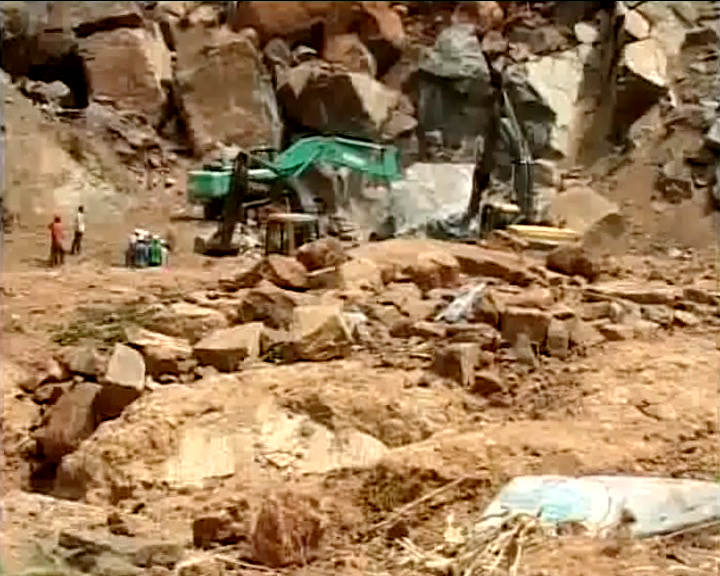 Ghanashyam Guru of Deogarh and Sanjay Dash of Athagarh area in Cuttack district were engaged in excavating boulders for the ongoing Telengiri Irrigation project near Bariput village when a portion of the hill caved in at around 5 pm on May 31st.

The district administration had started rescue operations on June 1 with the help of the ODRAF team and the fire tenders. Then the NDRF team from Mundali in Cuttack was called in to help. But the boulders, which weighed up to 20-50 tonnes, were too heavy to move without heavy duty machinery.

As a last resort, the administration sought the help of the Army. The Army Engineering Team from Ranchi arrived on June 6. After examining the details, the team suggested that the only way to rescue the trapped operators would be to blast the boulders.

Acting on the suggestion, the district administration had asked locals to stay away from a radius of one km from the site and clamped Prohibitory order under Section 144.

The Army located the body of one of the JCB operators on June 10, but it could not be recovered. Efforts are on to drill the boulder and recover the body. Rain had hampered the rescue operation since two days.

According to sources, Temjen had a meeting with the Koraput collector and SP. He also met senior district officials at the circuit house in the district headquarters.

3 Held For Extortion Under Maoist Garb

Bariput Hill Collapse: Army To Use Dynamite To Remove…