Be Prepared Odisha! Only One Bank Working Day Between March 27 & April 4 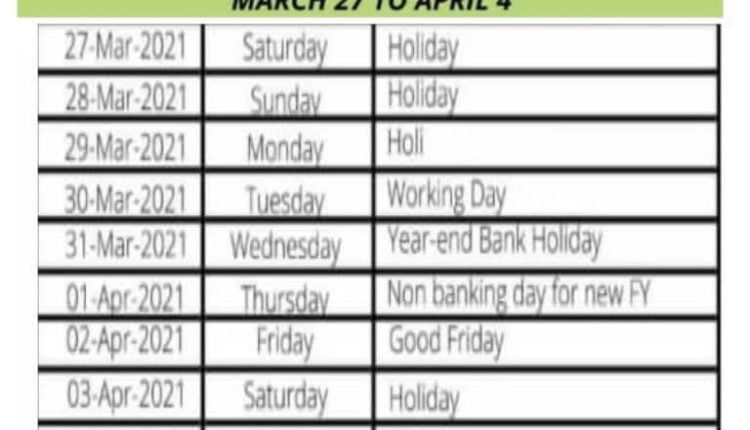 Bhubaneswar: This is no April’s Fool prank. If you have some pending works then do it this week as banks will function for just a day between March 27 and April 4.

The rest of the days are either weekends, public holidays such as Holi on March 29 or annual bank closures such as on March 31.

According to the central bank’s Holiday Calendar for March 2021, banks across different states will be closed for work on March 22, 29 and 30.

It’s a holiday for three days in a row from March 27-29 on account of the Second Saturday, Sunday and Holi.

Though not a holiday, customers are not entertained on March 31 as it’s the last day of the financial year. To allow them to close their yearly accounts, banks will remain closed on April 1. The following day is Good Friday and again banks across the country will remain shut.

Here’s a list of forthcoming bank holidays. Mark your dates:

30 March- Holiday in Patna branch. Rest it will be working for all

Village Status To Over 4K Hamlets In Odisha; Guidelines Issued