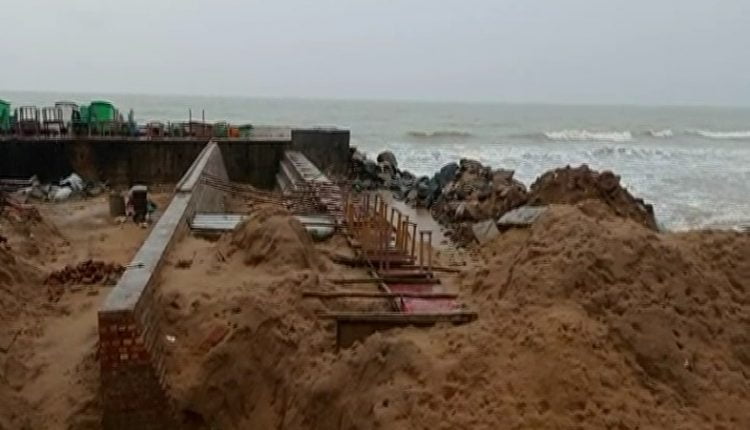 Balasore: Officials from West Bengal are reported to have stopped construction of a collapsed wall on the disputed Udayapur beach under Bhogorai block of this district after local residents from Odisha offered resistance on Wednesday.

According to sources,officials of West Bengal tried to rebuild a boundary wall which had collapsed along with a watch tower during Cyclone Yass that affected Udayapur Beach in May this year. Tension mounted after local administration offiicials of Bengal started rebuilding the demolished wall by trespassing 50 ft into Odisha’s territory.

District officials intervened on the complaint of local residents. Balasore Additional District Magistrate (ADM) Bhabesh Nayak, who reached the spot, said, “We cannot allow any construction work on this disputed site. The repair of the wall has been stopped forthwith. We will take up the matter with our counterparts in East-Midnapore district. The dispute has to be resolved amicably through dialogue.”

In A First, Army Aircraft To Be Manufactured By Private Company In India

COVID Caseload Remains Above 200 In Bhubaneswar For 2nd Day