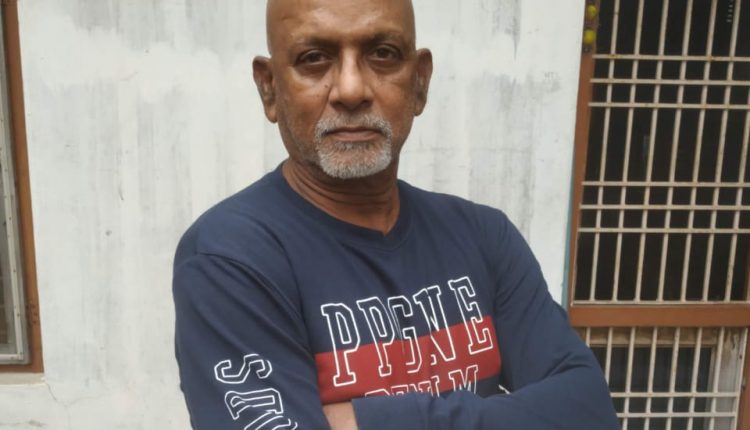 The only difference between the saint and the sinner is that every saint has a past, and every sinner has a future – Oscar Wilde

Courage is resistance to fear, mastery of fear, not absence of fear – Mark Twain

My hometown was forever starved of any of the excitements of life, what with people living a dull, monotonous, bare existence, and surrounded by all sorts of physical, moral, and spiritual squalor. Parents and teachers alike shirking their responsibilities for the moral education of the young, the time was ripe for utter degeneration of character, and decadence of all social etiquettes and institutions. The results were there for all of us to witness such as the rise of violence as a tool of control of animals and humans alike, and the proportionate decline of civilized conduct. Add to it the mass media  representation of physical beauty, physical strength, and bravery as desirable human attributes, and violence gaining credibility simultaneously as a means of securing justice and honour, the law-breakers came to be glamorized in reel life and real life wasn’t far behind to imitate reel life with a vengeance. Such heroes or unheroic heroes came to be looked upon as very charming, and attractive, eventually creating a kind of mystique around such characters. Such were the esteem my idols were held in, and it is no wonder they came to bask in such glory. But they weren’t enacting any celluloid or theatre roles, and in real life they had to pay with their lives and limbs for their involvement in senseless acts of violence and arson.

A perfectly normal young man studying B.Com in the best college of the town called The Khallikote College, and belonging to a moderately well-off family, Prabha was anything but a happy, go lucky kind of guy. With loving parents, two sisters, and three other brothers, he had everything life had to offer till one day he was witness to abuse and molestation of a few girls of his Telugu community in the college by a few students of an area close to the college. He saw this group of five six girls being made fun of, nasty, derogatory, insulting comments and remarks being made to them on their faces so brazenly, and approaching them, Prabha asked “Why are you all saying this kind of dirty, nasty things to the girls? No sooner these few words were out of Prabha’s mouth, and all of a sudden the whole group of six or seven boys started showering blows on him from all sides. To their misfortune the group had no idea about Prabha’s courage or boxing abilities, and learnt it the hard way when most of them found themselves bleeding and running away for their lives. For the girls, it was a free, action-packed scene not even seen in movies in those days that one single blow was enough for each of them to make a hasty retreat.

Justice was no doubt served, but it was a turn in Prabha’s life that was to change forever the course of his life. Word spread quickly and a hero was born, till then no one before him was given the kind of attention he received now as being a brave young man capable of taming a large group single-handedly.

The year was 1973, college elections were nearing, and rivalry between the two main contenders, AISF and SFI, two student wings of the two communist
parties, was at its peak. The incumbent general secretary of the students union, quite a popular, charismatic, ideological face of CPI in the district, Prasanta Patajoshi, aka, Nillu, wooed Prabha to join hands with him to win the college election. Nillu’s another friend called Dillu, aka- Rabi Mahapatra, quite a popular youth leader of the time and a member of AISF, too invited Prabha
to join hands with them to bolster their fortunes in the coming elections.

Student politics, even then, were extremely violent, and often involved clashes between the politically affiliated youth wing student groups. Prabh’s initiation into Communism and radical political ideology further boosted his confidence, thereby giving him the added false belief that ends justify the means.

So it was that Prabha, an East Zone Boxing Champion, and Badminton Champion, was involved in numerous incidents of violence, scuffles, and skirmishes, often injuring some very gravely. The saddest part was that invariably, the most barbaric, savage gang wars were the result of petty quarrels between two to three individuals of rival groups. Like the time when a
simple elbow hit on Prabha, intentional or otherwise, by an underling of another brash, muscle flexing boxer brother duo called Paru Panda and Uday Panda, in a movie hall called Utkal Talkies, playing Romeo and Juliet, led to a scuffle between Prabha, his friends Arbind and Sankar Narayan and Paru Panda’s boys , leading to exchange of blows and promise of further retaliation by Prabha with the words that’s worth quoting verbatim in English transliteration: “tame saale aama upare hata uthaibara sahasa karicha, zadi sabu gote bapara pua hoithiba, eeithi ruha, aame assuchu” (you cowards, you have dared to raise your hands on us, wait for us here at your den if you were born to single parents, we will be back soon).

Word about the fight and the colourful, terrifying threat dialogue spread like the proverbial wildfire through the town, and people waited with bated breath for the momentous, epochal clash of the two titans. As expected Prabha and his friends like Nillu, Kala Kali, Satya Rao, Prakash Patra, Naresh Padhy and a host of other friends assaulted Paru Panda and his friends soon after inside Girija Restaurant, leaving many of them bleeding and unconscious. It was all a tragic story of waste of precious lives, careers, and traumatized families trying to cope with the aftermath of the cycle of violence. And it is no less painful now for this writer to recapitulate the stories, as they were at the time.