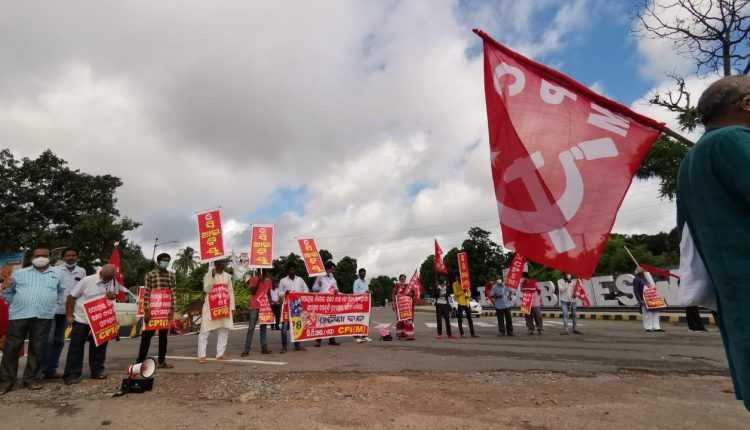 New Delhi: The Bharat Bandh on September 27, called by Samyukt Kisan Morcha (SKM) on behalf of the protesting farmers, will be of 10 hours’ duration – from 6 am to 4 pm.

Monday will mark the first anniversary of President Ram Nath Kovind giving his assent to the three controversial farm bills.

The farmers, who have been protesting against these laws for 10 months at different parts of the Delhi border, have said Monday’s bandh will be peaceful and the public won’t face too much inconvenience.

Several Opposition parties like the Congress, AAP, YSRC, DMK, Telugu Desam, Left Front, BSP and RJD have supported the farmers’ bandh call. The states which will be most affected by the bandh are Kerala, Andhra Pradesh, Tamil Nadu and Delhi.

Odisha is unlikely to be affected much, more so as several districts in the state will be busy tackling the after-effects of Cyclone Gulab which is currently in the process of making land fall around south Andhra and north Odisha.

No restriction on emergency services

Emergency services, including ambulances and fire services, will be allowed to function. However, no public function can take place

States to be affected

Sensing possible trouble, Delhi Police have said no protesters will be allowed to enter the Capital city from the three border protest sites. There will be a heavy security blanket in the city.

Bhartiya Udyog Vyapaar Mandal Traders has said the bandh is anti-development and senseless. So small industries and shopkeepers won’t participate

Bank activities may be affected

With the All India Bank Officers’ Confederation extending its support to SKM’s bandh call, banking services may be affected in some states.