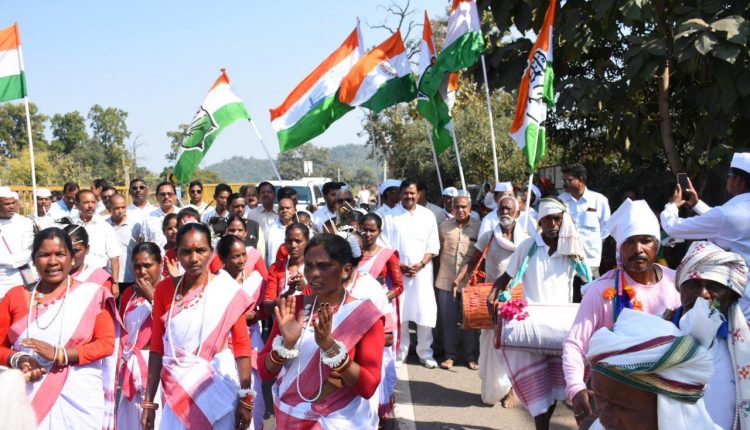 Bhubaneswar: The Bharat Jodo Yatra of Congress in Odisha is set to conclude on January 23 without passing through the southern parts of the state, once considered the party’s traditional stronghold.

The yatra, which is now going through Sundargarh, will be able to touch some more districts such as Sambalpur and Balangir before it comes to an end, sources said.

Apart from the southern region, several parts of the coastal area including Ganjam district also remained uncovered by the yatra during which Congress has been mounting a scathing attack on the ruling BJD in Odisha as well as the BJP government at the Centre.

The yatra needs to be concluded as all the Congress senior leaders have been asked to be present in Bhubaneswar for launching the party’s booth level programme – ‘Haath Se Haath Jodo’ – from January 26, they said.

However, the decision to abruptly cut-short the yatra appeared to have triggered widespread resentment among the party leaders and workers in the areas which are going to be left out.

Meanwhile, addressing party workers in Sundargarh district, Odisha Pradesh Congress Committee (OPCC) president Sarat Pattanayak accused both the BJP-led Centre and the BJD government of having failed in all spheres.

The PCC chief said that Odisha will be able to prosper only after the  the BJP government at the Centre and BJD regime in Odisha are ousted.

On the war of words between BJD and BJP over the free rice scheme of the Centre, Pattanayak said the national food security scheme was launched in 2014 by the then Congress government at the Centre and BJD and BJP had no role in it.

However, both the political parties have been trying to take credit for the programme and mislead people for votes, he said.

Looking For A Retiring Room At Railway Station? Just Pay Rs 40; Booking Can Be Done On This Ticket