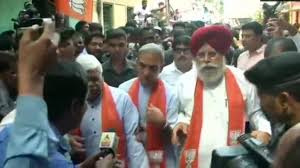 Several persons have been injured. A three-member BJP delegation including former Union minister S.S. Ahluwalia and BJP lawmakers Satya Pal Singh and B.D. Ram visited Bhatpara in North 24-Parganas district after the BJP central leadership asked them to do so.

The team reviewed the situation after two people were killed and several injured in political clashes on Thursday. They will submit a report to Union Home Minister Amit Shah, who is also the BJP president.

Moments after the delegation left, two groups clashed with each other and threw countrymade bombs and stones at each other.

Bamboo Well An Alternative Source Of Water For Odisha’s Farmers

Monsoon So Soon: Friday’s Guest Has Arrived In Entire Odisha By Saturday