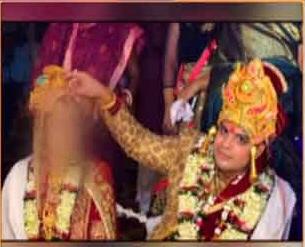 Bhubaneswar: The Commissionerate Police on Thursday arrested a builder for allegedly marrying multiple women for dowry and later abandoning them.

The accused has been identified as Priyabrata Mishra.

Two separate complaints were filed against him by two women at the Capital and Mahila police stations, respectively.

According to sources, Priyabrata had tied the nuptial knot with multiple women by introducing himself as a builder. He targeted women from affluent families and trapped them by flaunting his status. He would then torture them for dowry.

The victims alleged that his parents and other family members were a party to this.

The woman, who had married Priyabrata in July 2018, told the media that he started torturing her just after seven days after their wedding. He convinced her and purchased gold jewellery, which her parents gave her as dowry, in his name before marriage and kept those with him, she said.

Just 10 days after marriage, she came to know that her husband had conducted a ring ceremony with another girl.

The victim said that her in-laws used to support Priyabrat and give her some medicines to terminate the pregnancy. They would also beat her for keeping contact with my parents, who had given a Mercedes car as dowry at the time of marriage.

The victims have demanded that the dowry be returned to them.

Priyabrat, however, has refuted the allegations. “I have not married multiple women. One divorce case is pending in the court,” he claimed.