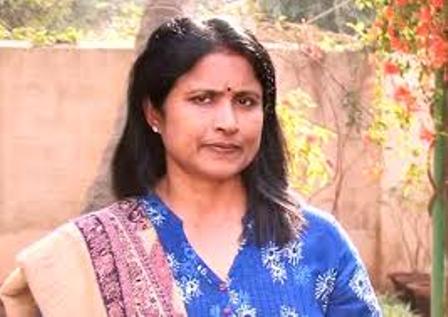 Bhubaneswar: The election to Bhubaneswar mayor post has started to warm up with BJD candidate Sulochana Das adopting a new campaign strategy.

Sulochana, who kicked off her campaign on March 8, visited the fish market in Unit IV on Friday. Accompanied the party councillor of the area and a few followers, she visited the market in busy morning hours.

During her interaction with the traders and shop-keepers, she enquired about their well-being and problems faced by them while transcating business. She also purchased some items from the shops in the area.

Speaking to the media on her experience in electoral politics, Sulochana said she felt very comfortable as she considered the entire population of the city as her family. “They are all my brothers and sisters. I don’t face any problem in meeting them. I have come to take their blessings for the contest ahead,” she said.

On the response from the people, the former spokesperson of BJD said, “I come to this market in my daily life regularly for shopping. So, it is a kind of routine affair for me. During my visit, I was received with warmth and affection from the traders.”

On the issues faced by the shop-keepers, the commissioner for persons with disabilities said she is pretty aware of the problems faced by them. If she is elected, she would discuss their issues and try to solve those as soon as possible.

The journalist-turned-politician had joined the BJD in June 2017 after quitting Congress. She was also the spokesperson for BJD before being appointed to the quasi-judicial body that deals with issues of the differently-abled in September 2019.

It may be noted that as many as 12 candidates have filed nomination papers for election to Bhubaneswar mayor post. The election to the post will be held along with councillor polling on March 24 and results declared after counting of votes on March 26, as per the schedule of State Election Commission (SEC).