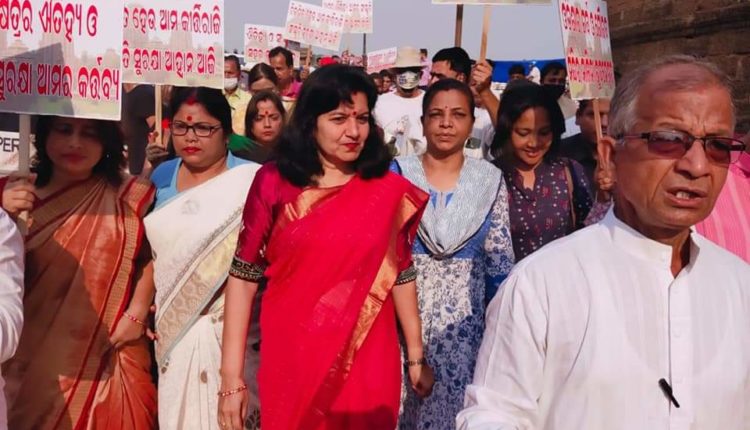 Bhubaneswar: Reiterating her stand on the conservation of the ancient structures and monuments, BJP MP from Bhubaneswar Aparajita Sarangi on Saturday said that heritage corridors in Odisha should be developed keeping the pristine culture and tradition intact.

Talking to the media while participating in Ekamra Heritage Walks from Lingaraj Temple to Kedaragouri here, she said that this was not for getting political mileage but for creating public awareness on the conservation of the ancient monuments in the region. 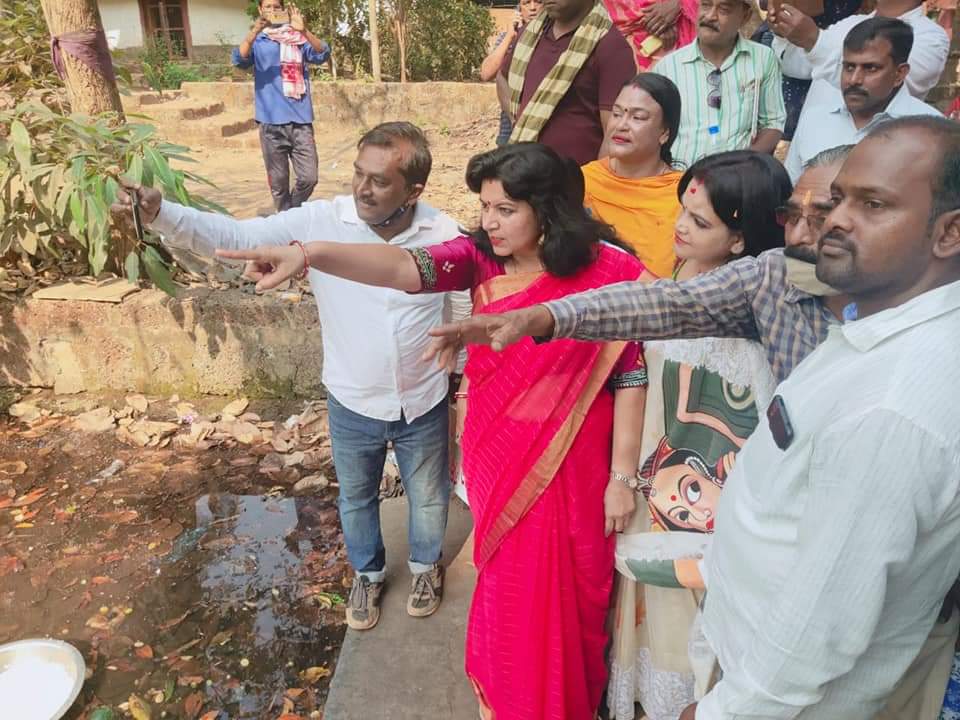 “We have immense respect for the mutts and temples in the Ekamra Khetra that have to be preserved during the heritage corridor development undertaken by the state government as bulldozing them will deeply hurt the religious sentiments of the people,” Aparajita said. 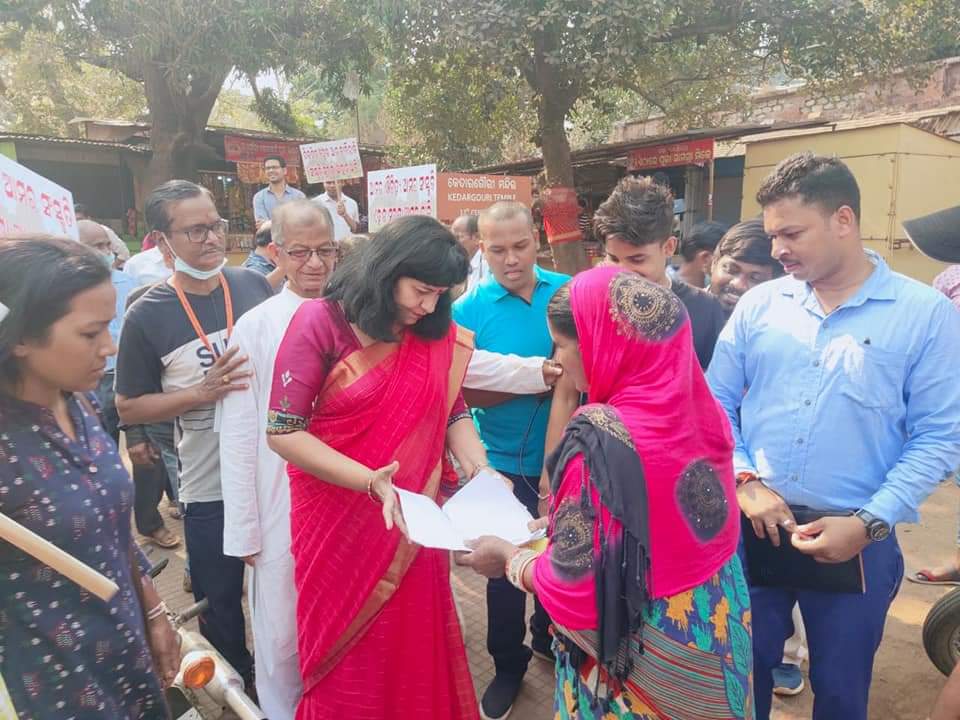 This came a day after her party colleague and Union Minister Dharmendra Pradhan appealed to Puri Gajapati Maharaja Diyasingha Deb to lead a Ram Mandir-like donation drive for the Puri heritage corridor project.

The minister had recently donated Rs 1 lakh from his salary for the development of the Shree Jagannath Temple.

The project’s draft architectural plan and design, with an estimated cost of Rs 3,200 crore, was approved by the temple management committee last week and forwarded to the state government for approval.

The BJP leaders from Odisha have been speaking in different voices over the controversial National Monuments Authority’s draft heritage bylaws, which restricts constructions and re-constructions within a radius of 100 metres, or such other higher distance from any archaeological site.

While Aparajita has been strongly opposing the withdrawal of the bylaws for Odisha temples, Dharmendra and Balasore MP Pratap Sarangi have been pushing for its rollback.