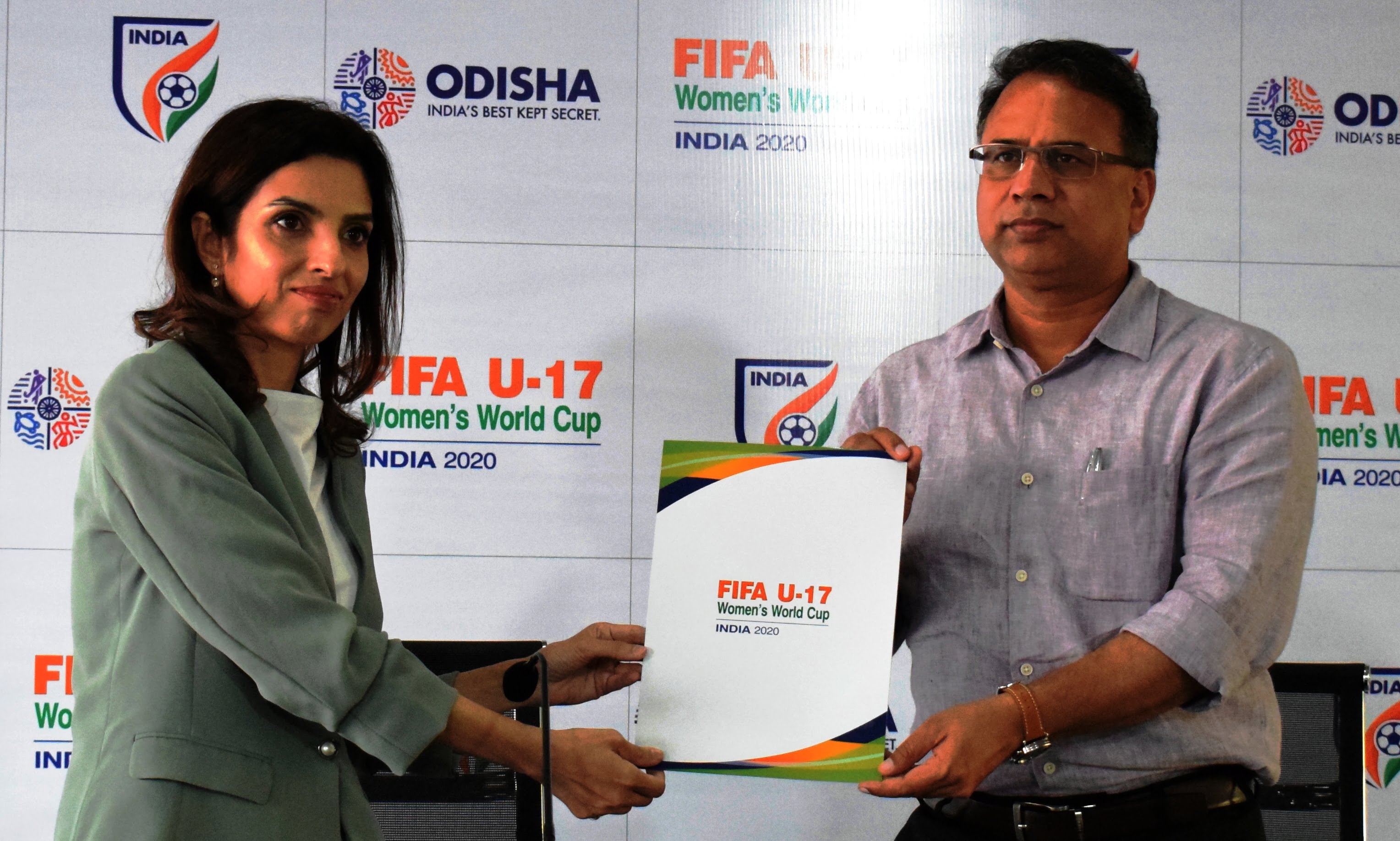 Bhubaneswar: The Odisha capital has been picked as a provisional venue for FIFA U-17 Women’s World Cup India 2020.

Addressing the media here on Tuesday, Tournament Director of the Local Organising Committee Roma Khanna congratulated Odisha for being part of what she termed as a cornerstone event for women’s football in the country.

“There is work remaining, and the state government has to bring up the stadium and the training sites to FIFA standards. But we are satisfied with the commitment exhibited by the government to complete all the work that is required to obtain the full ratification,” she said.

The FIFA U-17 Women’s World Cup will be the first FIFA competition for women in the country and the second overall to be held in India.

Sports and Youth Services Minister Tusharkanti Behera said, “It will be the first global football tournament for women in the country and a huge honour for the State to host such a prestigious tournament of the world’s most popular sport. Our girls have proved their mettle in the sports of Rugby, Hockey among others, and I believe that through the football Legacy Programmes we are planning in the State as part of this World Cup, we will be laying a strong foundation for the development of women’s football”.

Commissioner-cum- Secretary, Department of Sports and Youth Services, Vishal K Dev said that the infrastructure is being developed and upgraded in accordance with the FIFA guidelines. “We are confident of getting the final clearance for the event. I am confident that the event will make a positive impact and help create a football ecosystem for the youth of the State,” he added.

The final inspection will take place later this year, at which point, the venue has to be fully compliant. Based on this, it will receive a full ratification by FIFA and be confirmed as the host city for the FIFA U-17 Women’s World Cup India 2020.