Bhubaneswar: The Odisha capital saw 340 new COVID-19 cases in the last 24 hours, which pushed the affected tally to 22235 on Thursday.

According to Bhubaneswar Municipal Corporation (BMC), 256 (75 per cent) are related to local transmission from unknown sources and 84 detected among those in quarantine.

Among quarantine cases, 13 have been reported fro Patia. 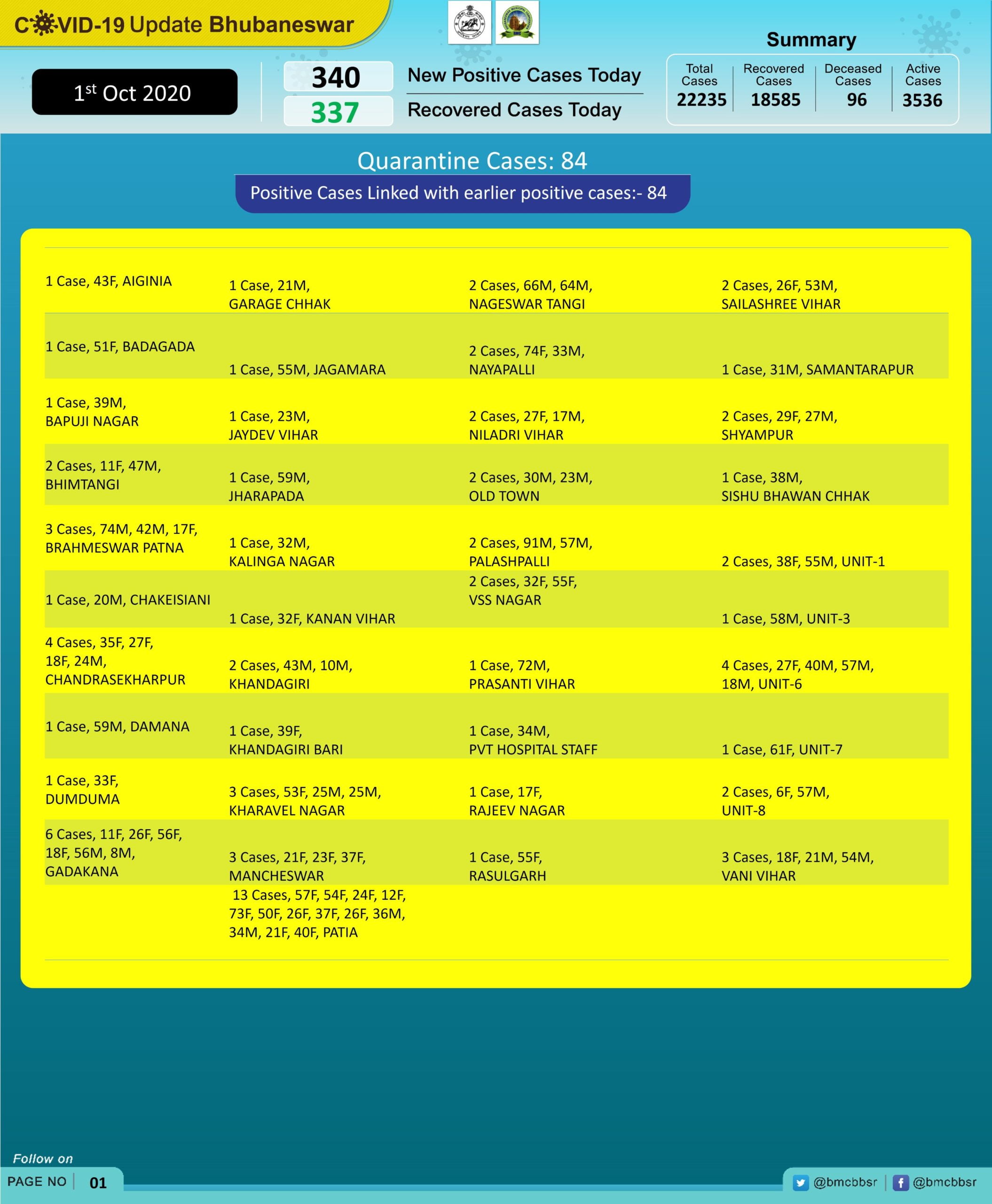 The local contact cases include 13 from Chandrasekharpur and 10 each from Saheed Nagar, Nayapalli, Sailashree Vihar and Unit 9. 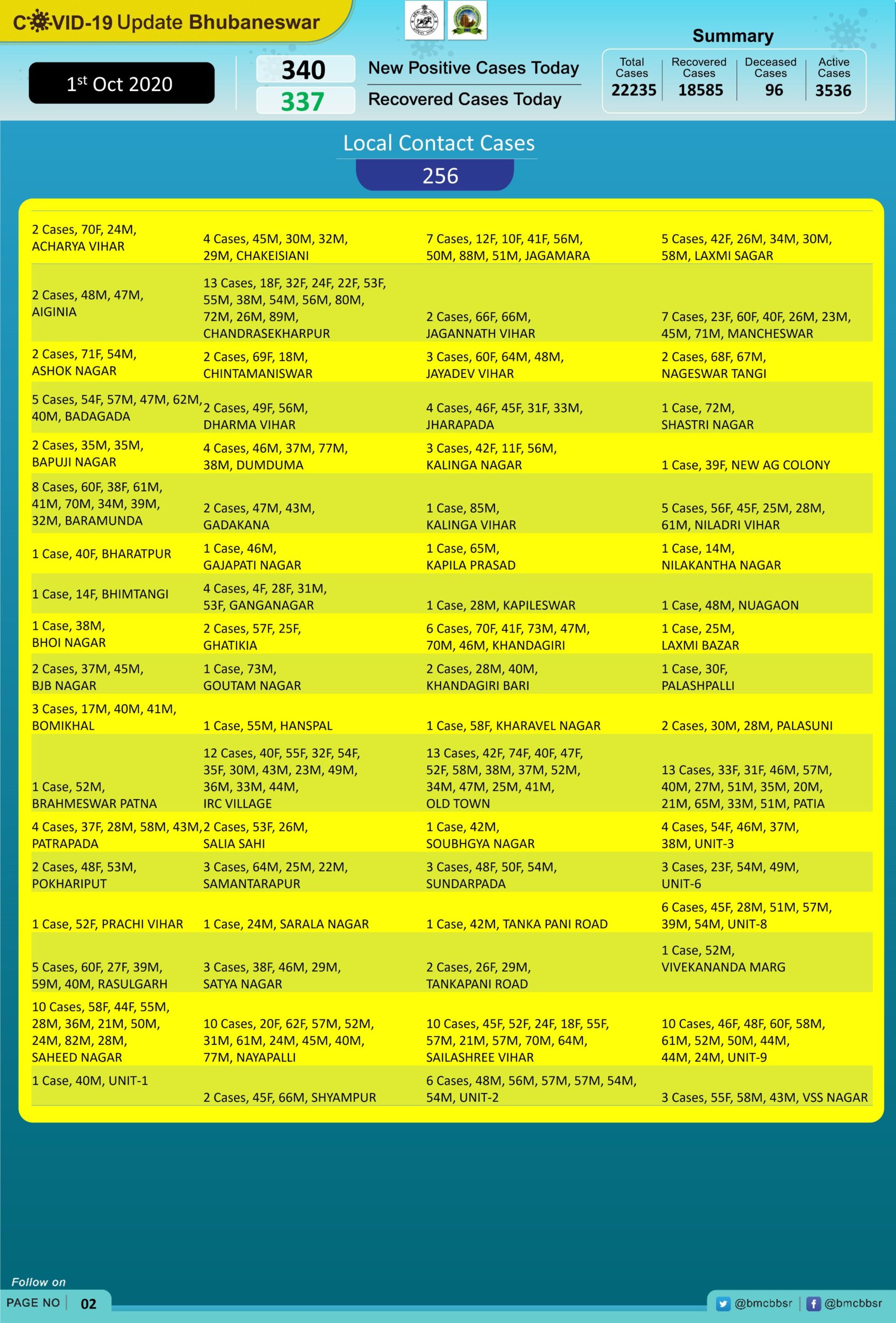 The last 24 hours also saw three COVID-19 deaths and 337 more patients getting cured of the infection.

In the last three weeks, the city has seen less number of RT-PCR tests. More than 60,000 tests were carried out in government facilities and of these, just 10,926 were RT-PCR tests as against 47,984 antigen tests. This is a cause of concern amid the continuing surge in local contact cases.

According to BMC sources, the cumulative number of tests in the city stood at 2.54 lakh as on Wednesday. Of which, 1,69,948 were done in government facilities and the remaining 84,212 by private health facilities. Those done at government facilities so far include 77,817 RT-PCR, 86,462 rapid antigen, 627 TrueNat and 5,042 antibody tests.

‘Twitter Killer’ Confesses To 9 Murders; Read About His Modus Operandi

Burglars Decamp With Jewellery Worth Over Rs 1 Crore From…