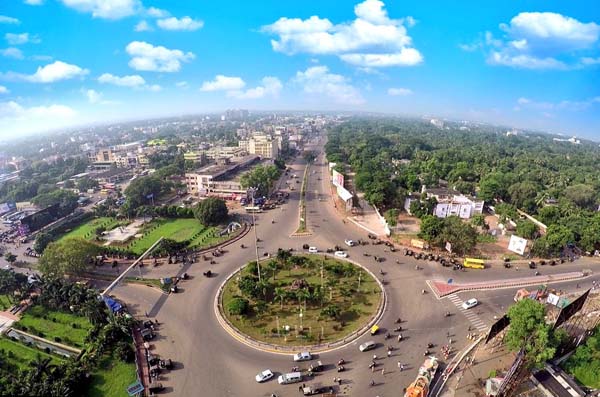 Bhubaneswar: Seven years after launch of its flagship urban renewal mission to make 100 cities sustainable and citizen-friendly, the Central government has decided to declare 7 cities as India’s ‘first set of smart cities’.

The cities that will be showcased as such first smart cities by the end of the year include Bhopal and Indore in Madhya Pradesh, Surat and Ahmedabad in Gujarat, Udaipur in Rajasthan, Bhubaneswar in Odisha and Varanasi in Uttar Pradesh.

The Smart Cities Mission that was launched on June 25, 2015 to develop cities with eco-friendly hi-tech solutions to urban problems will end in June 2023. Of the 100 cities, seven have completed most of the projects.

While Bhopal leads with completion of 92% projects, Surat follows with 82.44%, Udaipur 78%, Bhubaneswar 76%, Indore, Varanasi and Ahmedabad with 70%, according to a report of Economic Times. The cities are expected to complete the remaining work by the year-end.

In the final year of the mission, the Ministry of Housing and Urban Affairs is concentrating on bottom 40 cities facing implementation problems. “We believe in our ability to solve problems collectively which is why we conduct implementathons every month – interactions between cities facing similar problems. Therein we troubleshoot issues and help each other chart future course of action,” Economic Times quoted Smart Cities Mission director Kunal Kumar as saying.