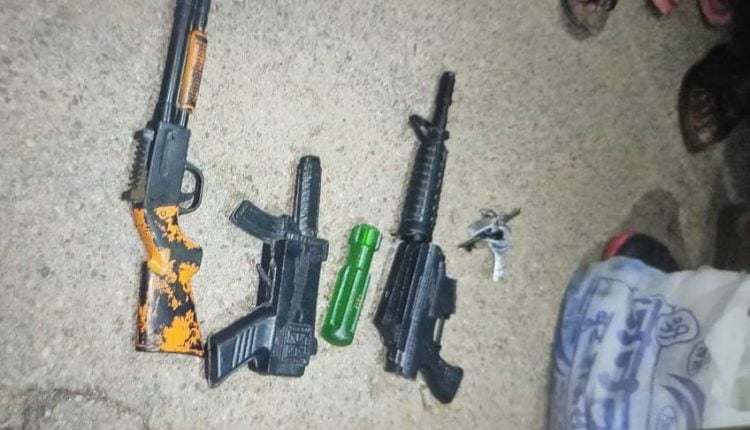 Malkangiri: The people of a village in the district foiled the attempt of a gang of thieves to loot and nabbed three of them late Wednesday night.

According to sources, while the gang of 7 thieves had gone to loot houses in Udapa village under Malkangiri police station, some villagers spotted them. As the villagers tried to nab the thieves, the latter threatened with arms and guns and tried to escape.

Undaunted by the threat, the villagers gave a chase and caught hold of three thieves while four others managed to escape. They also took away the arms from the looters. On verification, the villagers found that the thieves were threatening with toy guns.

On Thursday morning, the villagers informed Malkangiri police station and handed over the thieves along with three toy guns and other arms found from their possession.

The IIC of Malkangiri police station Ram Prasad Nag said they have detained the persons handed over by the villagers and were interrogating them.

‘Own Everything You Experience:’ Hrithik Roshan Tells Aryan Khan