Big B Praise For Odia Contestant’s ‘Shaandar’ Play In KBC 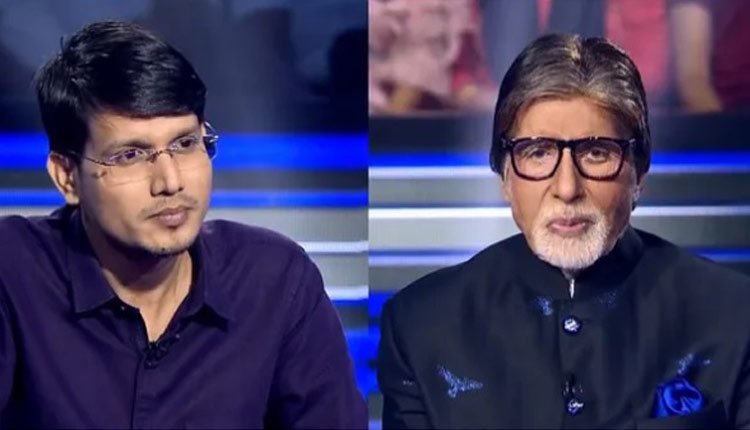 Bhubaneswar: Abinash Kumar Mohanta, Odisha’s only non-celebrity contestant in Kaun Banega Crorepati (KBC) season 11, may not have hit the jackpot, but won the host Amitabh Bachchan’s heart for playing a “shaandar” game.

Mohanta, an engineering graduate from Baripada, made it to the hot seat in the penultimate episode of the popular game show’s finale week called Vijay Vishwas.

He comfortably reached the Rs 6.40 lakh mark without using any of his lifelines, impressing the game’s host and audience alike by his answers.

Some of the questions he fielded included “When returning from Lanka after emerging victorious, who did Lord Rama send ahead as his messenger to Angad? How many persons with the surname Patnaik have served Odisha as Chief Minster? What does the ‘R’ stand in the name of the educational organization NCERT? How many coastal states are there in India?”

On the 12th question for Rs 12.50 lakh, Mohanta used his first lifeline — “flip the question”. The question was changed and the new one was about the player from India who had scored the first century on foreign soil.

He again used a lifeline — audience poll — to answer this question. Unfortunately, the audience got it wrong and Mohanta too made a blunder by going with the poll. While the correct answer was Syed Mushtaq Ali, the audience voted for Lala Amarnath.

Ultimately, Mohanta had to settle for Rs 3.20 lakh and leave the show despite having two more lifelines.

Notably, four contestants have become crorepatis during the 11th season of the popular game show on Sony TV.

60% of Adolescents In Odisha Suffer From Anaemia: Report