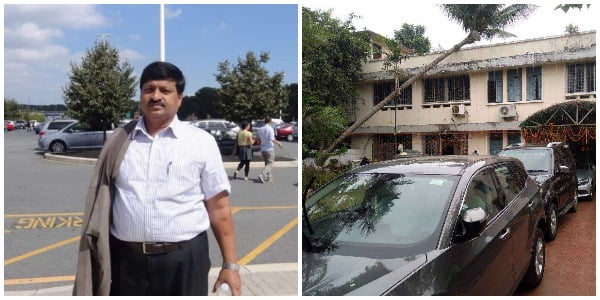 Simultaneous raids were conducted at 5 places in Bhubaneswar, 7 places at Mumbai and Pune in Maharashtra and 1 place in Bihar.

2. Flat of his relative at Vipul Garden, Ghatikia, Bhubaneswar and house of the driver at Pipili.

4. Two Luxury flats at Waters Apartment, and God’s Blessing Apartment and office at Pune and one farmhouse in Hill Town area, Bhugaon, Mulsi, Pune, hired by his son on rent, the residence of his son’s manager at Somata Colony, Pune,

5. House and restaurant of his son’s associate at Juhu and Mulund at Mumbai.

Besides, simultaneous verifications at other places were made at Bhubaneswar, Mumbai and Pune in Maharashtra and Udaipur in Rajasthan, the release said.

Disproportionate assets and unimaginable wealth accumulated by Pathak over the years have been unearthed in what is considered to be one of the biggest and most extensive raids so far.

>> Documents relating to purchase of gold ornaments worth Rs 23 lakh

>> Cash deposits of about Rs 9.4 crore have been made in the bank accounts of his son, out of which about Rs 8.4 crore has been deposited at Bhubaneswar. The huge money deposits have been mostly made through ATMs at Saheed Nagar and Nayapalli in Bhubaneswar.

>> Costly vehicles like Mercedes, BMW and Tata Harrier and three costly Yamaha FZ5 motorcycles have been found registered in the name of his son, who has also been hiring costly vehicles on rent.

>> At Pune, three vehicles, including two Mercedes, were found to have been hired by him.

>> So far, vehicle hiring charges to the tune of Rs. 25 lakh approximately has been ascertained.

>> More than Rs 1 crore has been paid towards house rent of the luxury flats and the farmhouse.

Teams consisting of Chartered Accountant, Bank Officer and officers of Cyber Cell and Document Examination Cell are assisting in the house search and verification operations.

Further enquiry is in progress, the release added.

Delhi Schools Won’t Reopen Till There Is A Vaccine: Health Minister