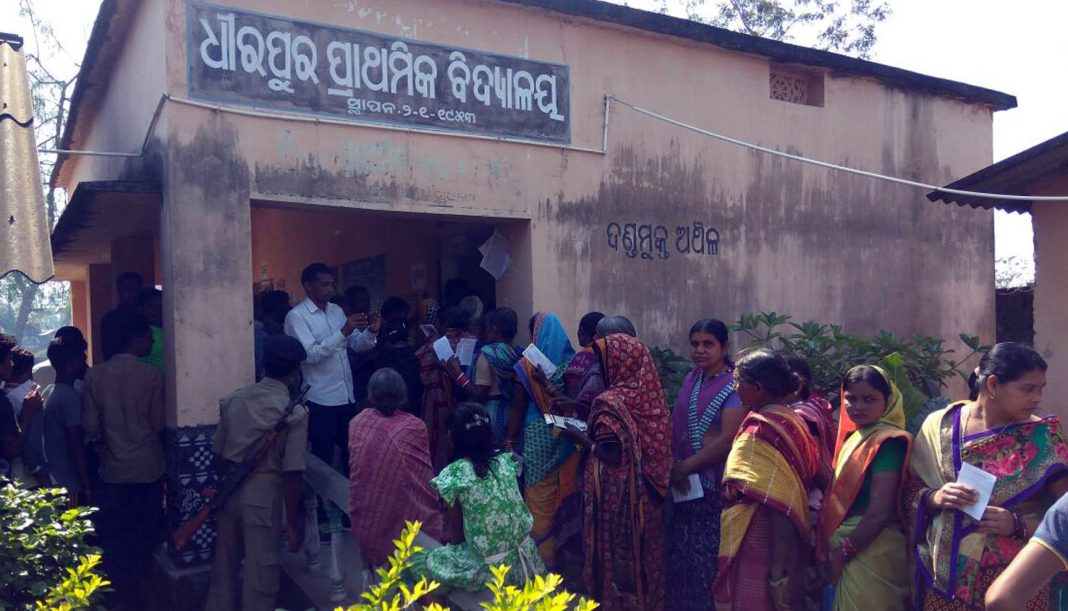 Bargarh: The fate of the candidates contesting byelection to Bijepur Assembly constituency in Odisha’s Bargarh district will be decided as counting of votes began at the Anchal College in Padmapur in the morning on Wednesday.

As informed by Padmapur Sub-Collector and Returning Officer Tapiram Majhi, counting of votes of a total of 281 booths is underway.

He said in each round, counting of votes of 14 booths would be made. It will take at least 15 minutes to complete one round of counting.

Three-tier security has been put in place at the counting centre with the deployment of Odisha Special Armed Police (OSAP) force, Odisha Police and the Central Reserve Police Force (CRPF).

Besides, metal detector has been placed in front the central hall to check the officials before entering the hall.

Meanwhile, media persons have expressed their resentment as they were not allowed inside the counting hall.

According to political analysts, the outcome of the Bijepur bypoll would be an acid test for the ruling BJD as well as the BJP and the Congress to assert their popularity in the state ahead of the general elections and Assembly elections in 2019.

One Killed, Another Injured In Cracker Explosion