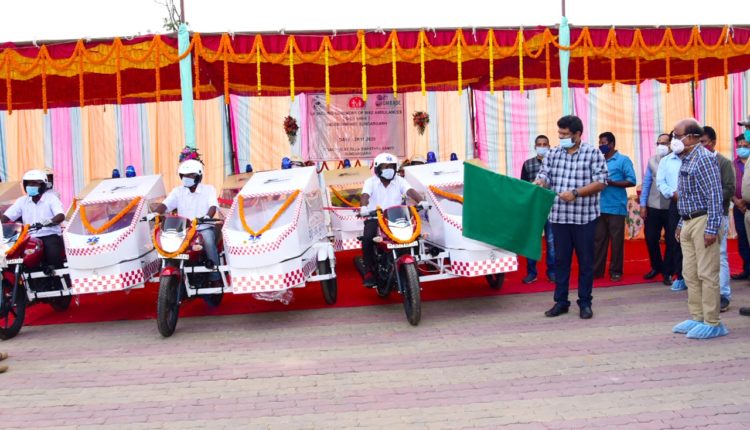 District collector Nikhil Pavan Kalyan flagged off a fleet of nine bike ambulances. Three bike ambulances were provided to Koira, Gurundia and Rajgangpur blocks each in the first phase. The facility has been launched with the funds of Odisha Mineral Bearing Areas Development Corporation (OMBADC).

Speaking on the occasion, Kalyan said bike ambulance is a modern facility to reach remote areas which will help bring patients to the hospital in time and save their lives. The service will be extended to other blocks in a phased manner, he added.

CDMO Saroj Kumar Mishra said, “Bike ambulances will play an important role in the ambulance service. We will allocate a dedicated number soon for the which will be communicated to the people through ASHA and Anganwadi workers soon.”