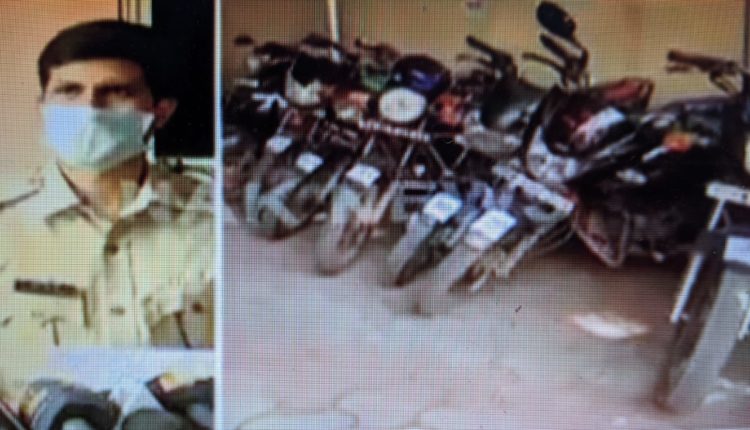 Cuttack: The Commissionerate Police here on Saturday claimed to have busted a major bike-lifting racket with the arrest of five persons.

Cuttack DCP Prateek Singh said that the racket was busted while investigating a pick-up van theft, which took place on September 14, under Jagatpur police limits.

“Two persons – Bhakta Charan Raul alias Papu and Jagabandhu Raul alias Jagan – were detained while they were escorting the stolen van on Friday night. Investigation revealed their criminal antecedents and further interrogation provided a lead based on which Jagatpur IIC took them to Keonjhar from where 35 motorcycles were seized,” he said.

The DCP identified the other three arrested as Ratikant Pradhan, Prashant Samal and Pratap Sethi.

He said that they stole bikes from Cuttack, Khurda, Dhenkanal, Jagatsinghpur, Kendrapada districts and kept them in a godown in Keonjhar, where they later sold these.

A total of nine cases are already pending against Bhakta and Jagadbandhu at Jagatput and Chaudhwar police stations, he added.