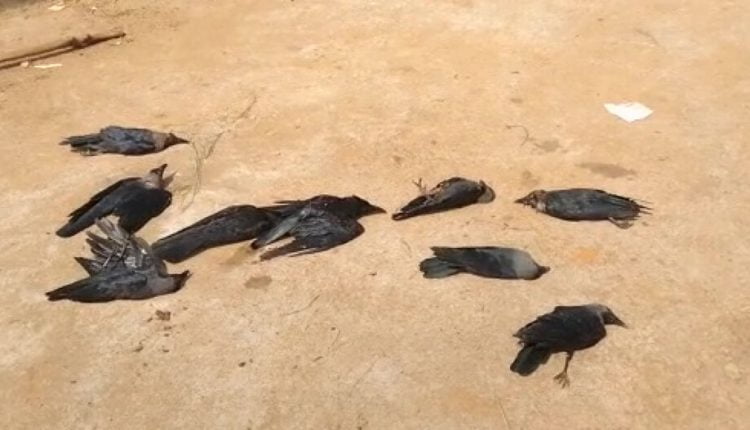 Khurda: Bird flu panic has gripped the people of two villages in Khurda district after several carcasses of crows were spotted in the last two days.

According to reports, carcasses of several crows were found in Kotlanga village under Routapada panchayat limits in Begunia block. Villagers said the carcasses of crows were littered in the village while in some places the crows were seen dropping dead.

The villagers reported the matter to Veterinary Hospital in Begunia following which a team from visited the village and collected samples of the crows.

While the exact cause of death is yet to be known, people continue to live in fear of another bird flu.