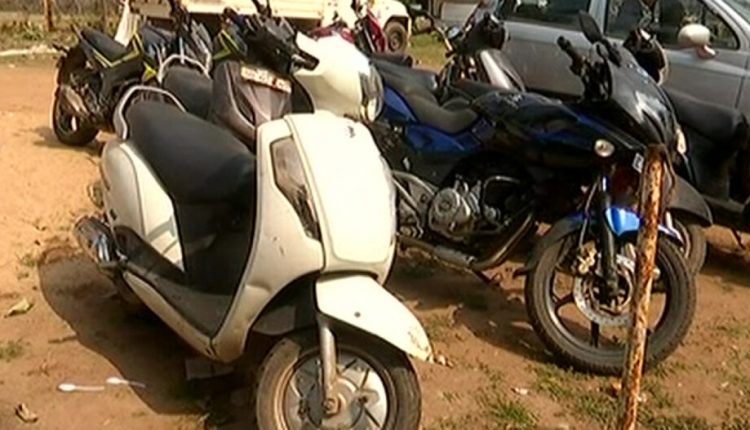 Bhubaneswar: Twelve two-wheelers were seized from Delta square in Bhubaneswar late on Wednesday after a raid on a birthday party, which was being celebrated on the road in violation of the night curfew regulations.

The revellers, however,  managed to flee.

Twin City Police Commissioner Soumendra Priyadarshi spotted the group, which had parked the vehicles on the road and was busy with the bash, during his night patrol.

On being informed, Khandagiri police soon reached the spot, but the youths fled on seeing them, leaving behind their two-wheelers, sources said.