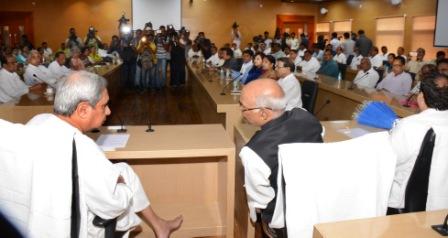 Bhubaneswar: Chief minister and BJD supremo Naveen Patnaik on Friday requested MPs and MLAs of the party to support NDA’s Presidential nominee Ram Nath Kovind and vote for him.
During a meeting with Kovind at the state assembly, the chief minister said the party had already announced that it would extend full support to Kovind. He ruled out possibilities of cross voting by any of his party leaders.
Kovind also held discussion with BJD legislators and MPs and expressed gratefulness for full-fledged support of the BJD.